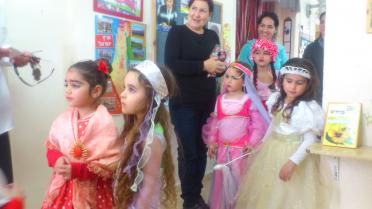 This week's parsha contains the prohibition against the eating of blood. In order to eat kosher meat, the blood of the animal must be removed (this is done by a process of draining and salting or broiling). The Torah is very firm in its insistence that blood may not be eaten: "And each and every person from the House of Israel and from the stranger who dwells among them who eats any blood, I will turn my face against the soul which eats the blood and I will cut him off from among his people. For the soul of the flesh is in the blood..."Nachmanides, also known as the Ramban, in discussing these verses, says the following: "The right explanation of the reason for this prohibition is that God created all of the creatures in the world for the sake of man, for he alone among them knows his creator. And even so, He did not permit him to eat, at the outset, anything but that which grows from the ground, and not living beings, as is explained in Genesis when it says: "Behold I have given to you all of the grass which grows seed, etc." (Genesis; 1, 29). And when, during the flood, all of the creatures were saved by the merit of Noah, and he then offered sacrifices from them, and it was acceptable to Him. He then allowed them to slaughter, as it says: "All crawling things which live will be to you to eat, as the grass which I gave to you" (Genesis; 9,3), for they [the animals] live only because of man. And behold, He permitted their bodies, which live only because of man, that they may be used for the pleasure and needs of man, and that their souls [their blood] will serve as an atonement for man when they are sacrificed before Him, may He be blessed, [in that the blood of sacrificed animals is thrown on the altar], and not that they should be eaten, for it is wrong for a creature with a soul to eat a soul, for the souls are all the Lord's..."I would like to look carefully at the chronology of humanity's eating habits which the Ramban presents to us here. First, he repeats a well-known position - that man, at the time of creation, was commanded to be a vegetarian. Animal flesh was forbidden to him, as he was only permitted to eat the grass of the field. In the Ramban's presentation, however, there is something counterintuitive about this, for, as the Ramban says, from the beginning of the creation story, man is unique among the living creatures, in that he alone has a consciousness of being a creature, brought to life by a Creator with whom he has a relationship. And yet, in spite of the clear superiority of man over the animals, man is NOT given the right to kill and eat them. It is only once man has demonstrated that he can be responsible for the animals, which is the lesson which Nachmanides learns from the story of Noah and the flood, that man earns the right to use the animals by slaughtering and eating them. The implication of the Ramban's narrative is this: the simple fact of man's superiority to the animals is NOT enough to automatically give him the right to do as he will with the animals. That right has to be earned. More importantly, that right is only granted to a humankind which has demonstrated the ability to care for and, in fact, save the animals of the world. The right to use is contingent on the ability to care for, to take responsibility for, the animals, which mankind demonstrated, by the actions of Noah, at the time of the flood. Only once he has practically demonstrated his superiority, and shown his ability to take responsibility for the planet and its creatures, can he become its master, and use it as he desires. Crucially, I think, even at this later stage, once man has been given the run of the planet and its creatures, he is still denied absolute use of it. The blood of the animals, which encapsulates and symbolizes their soul, their essential life-force, the life-force which they share with man, is denied him. Some last taboo, some final limit against man's absolute dominion over the life of the world is hereby maintained. Man is forced, by the prohibition against eating blood, to recognize the sanctity of life itself, its essential transcendence, its ultimate value, which places it beyond man's needs and desires. As earth's steward, as well as its owner, man is forced to stop at this boundary, and to symbolically recognize, by complying with the prohibition against consuming blood, the sanctity of life as something beyond his own rights and privileges, no matter how honestly he may have earned them. Shabbat Shalom,Shimon Felix
https://itwdi.com/bank-of-america-personal-loan