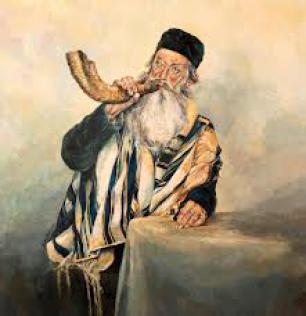 The parsha we read before Rosh Hashanah, Nitzavim, begins with a dramatic event: the entire people of Israel, men, women, and children, the strangers among them, from the hewers of wood to the drawers of water, even, as the Torah remarkably claims, “those who are not here with us today” – the future generations - are gathered together to reaffirm the covenant with God, and be established as God’s nation.

In this opening section, there is a strong, beautiful, and important statement: when we say “the people of Israel”, us, we mean everyone; rich and poor, the weak and the powerful, men and women, even “the stranger among us”. The implications about equality, egalitarianism, diversity, and inclusion, are obvious. The remarkable inclusion of future generations widens the meaning of nation, to include a responsibility for the Jewish people going forward in history, over time; we, today, must behave in ways which will insure, protect, inspire, and enrich a Jewish future which we can only imagine, but not really know.

What comes next is fascinating. The Torah reminds us of the unacceptable and corrupt immorality of Egypt and the surrounding cultures, and then issues a warning: “Lest there be among you a man or woman or family or tribe whose heart turns away from the Lord our God to go and worship the gods of these nations, lest you have among you a root that brings forth a bitter, poisonous growth.” The text goes on to tell us that God will separate these sinners from all the rest of Israel, severely punish them, never forgive them, bring all the curses of the Torah upon them, and blot out their names.

Now, the contrast between the radically open inclusiveness of the opening verses, in which all Israelites are members of the covenant, and the singling out for exclusion of an individual or group who turn away from the covenant to worship foreign, immoral gods, could not be greater. As lovely, inspiring, and heartwarming the togetherness (in contemporary Hebrew it’s called ביחדness) is, the move to exclude and harshly punish the transgressor is positively chilling. The open, egalitarian invitation to all to be an active part of the nation is more than matched by the swiftness and totality of the exclusion of those who choose to reject its basic assumptions.

And this is exactly the mess we’re in today; we are quick to ape the anger of God at those who, in our opinion, reject the covenant. The fault lines between right and left, Israel and Diaspora, progressive and traditional, pro-or-anti-Trump, pro-or-anti-Bibi, are getting deeper and wider by the day, and the language of inclusion and exclusion (especially exclusion) is the speech of choice; disagree with me on a crucial issue, champion the wrong positions, attack my guy, and I will write you out of the community, curse you, erase you, and, like God Himself, my anger will burn against you, forever.

One way out of this problem might be to notice that, in our parsha at least, the person or group who turns away from the covenant is punished by God, not the community. It is God who decides who it is who has chosen to remove themselves from the communal consensus and break the foundational rules of the covenant, and He who punishes them for it with expulsion from the covenantal community. Put simply, this radical a punishment may be God’s, and not ours, to apply.

We must also notice that God’s anger is reserved for those who have, both theologically and culturally, totally embraced the values of a foreign culture, and opted out of the community by rejecting its worldview; God’s radical response is applied to very serious transgressors indeed, and is not cheaply earned. It is not meant to be the go-to response to any and all behavior which seems to us to be inappropriate.

For this New Year, I would like to wish for us all that we try to focus on and apply, in our personal and communal behavior, the radically inclusive language and vision of the opening verses of Nitzavim, and leave the angry, exclusionist responses to even extreme transgressors to God. I’m sure there are some exceptions, some behaviors and positions which perhaps really are beyond the pale, but let’s try to err on the side of opening the door and letting as many people as we can in.

The person or group who turns away from the covenant is punished by God, not the community.Rabbi Shimon