Parashat Hashavua Tazria 2016 / 5776 - When a Woman Conceives: Confessions of an (Enlightened?) Essentialist 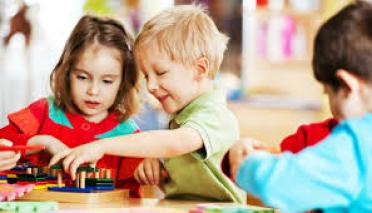 Quite a few years ago, I was engaged in a conversation with a colleague about something pertaining to men and women. I don’t remember the precise topic. It was some aspect of feminism, or sexuality, or a gender issue, or something along those lines. I do remember, however, that I was accused of being an “essentialist”, a word I was not then familiar with in the context of gender. Since then we have all learned what it means: an essentialist believes that women and men have fixed attributes, abilities, and behaviors, which are intrinsic to being a man or a woman. We see expressions of this position in the arguments about women and Torah study, women and math and science, women and the rabbinate, and elsewhere.

I believe that most of these essentialist positions (“women’s brains work differently, and they are not suited to studying Talmud/physics/engineering/whatever”) are wrong. As a person who has taught Talmud to men and women, I have seen many guys struggle mightily, and sometimes hopelessly, with a page of gemara, and many women who pick it up rather quickly. (I do think there are types of intelligences which “get” certain kinds of thinking quicker than others, and some that never get them at all, but not necessarily along gender lines.)  My experience as an educator tells me, quite definitively, that the essentialist position is wrong. However, my experience as a husband, father, and grandfather, as a person, tells me that there are differences between men and women, and that our radically different experiences of our biological selves, our different physiologies, are meaningful, and lie behind these differences. This week’s parsha, Tazria,  weighs in on this issue.

Tazria begins with the laws of ritual purity pertaining to a woman who has just given birth. A new mother is ritually impure for a specified amount of time (more on that in a moment), after which she is instructed to bring a sacrifice to the Temple, and is then once again טהור – pure.

This is not easy material for the modern sensibility. One of the most obviously difficult bits is the following law: “When a woman bears seed, and gives birth to a male, she is ritually impure for seven days [and intercourse is forbidden], like the days of her menstrual impurity  ...and for 33 days she shall sit with the blood of her purity, not touching anything sacred [sacrifices] and not entering the Temple until the days of her purity are complete. And if she gives birth to a female she is impure for two weeks, like her menstrual impurity, and for 66 days she shall sit in the blood of her purity. And at the end of her days of purity for a son or daughter she shall bring a year-old lamb for an offering….”

The obvious difficulty is the difference between the time needed to become pure for a son or daughter – twice as much time to be permitted to have intercourse with her husband (two weeks rather than seven days), and twice as much time before she may go to the Temple. Why?

The Rabbis of the Talmud noticed the discrepancy. In tractate Niddah, page 31b, the students of Rabbi Shimon Bar Yochai ask him why there is this difference between the waiting period for the birth of a boy or a girl. He answers by explaining that when a woman is giving birth, she swears she will never again be intimate with her husband, because of the pain of childbirth. (Many years ago, I saw Bill Cosby, live, illustrate this in a very funny bit, but it is no longer cool to admit to that.) When she bears a son, which makes everyone happy, she is comforted, and relents after seven days, so it is then that she can go to the mikveh (ritual bath) and become ritually pure, in order to be intimate with her husband. However, when a girl is born, people are sad, and so it takes a full two weeks for the mother to snap out of it and be interested in her husband again.

This distinction, that people greet the birth of a boy with joy, and of a girl with sadness, needs to be understood. One explanation, given by the Maharsh”a, is that since women suffer in childbirth, as this new mother just did, people are sad that a girl, who will suffer similarly once she grows up and has her own children, is born. A boy, who will not know this pain, is a much more uncomplicated source of joy.

Now, I know that this sounds deeply misogynistic, and essentialist: girls are all about painful and dangerous childbirth. Boys are carefree. However, coming as it does from a pre-modern world, where childbirth really was a life-threatening experience, I think it makes more sense to understand it as a realistic, even sensitive, appreciation of the fact that women, before the advent of modern medical procedures and contraception, really did have an intrinsically rougher time of it than men did. The insight that the birth of a daughter, in the ancient world, would cause people to reflect on the very real burdens that women faced, due to their biology, rather than any socially-constructed issues, is, I think, a sensitive one.

And this brings us to the issue of essentialism. As long as women lived under the burden of the curse of Eve – the pain, danger, and difficulty inherent in menstruation, pregnancy, and childbirth, along with the lack of reliable contraception – it makes perfect sense that society arranged itself accordingly, and saw women as, first and foremost, mothers. Some cultures allowed an unpleasant (or worse) power dynamic to poison the relationships between men and women, while others handled the very real differences between the lives of men and women in more sensitive and positive ways, but they were all reacting to the very real, very essential facts of pre-modern childbirth and child care. The luxury we enjoy to arrange the lives of men and  women differently, more equally, today, is a direct result of modern medicine, science, and technology, and not of our more advanced sensibilities; those sensibilities were only made possible by the science.

Now, once we have made those technological strides and, in the west, at least, achieved a good deal of equality between men and women, the question remains: what, if anything, is left of the formerly essential differences between men and women? Do the biological and physiological differences that still certainly do exist between men and women impact on things like personality, psychology, skills and preferences, etc.? In many circles, if one answers yes to this question, one is called an essentialist, which is meant to be a bad thing. I, however, find it hard to believe that the experience of menstruation, for example, doesn’t make any kind of difference to the way women experience the world, as opposed to men, who have a simpler entry into puberty. Men have their own issues, obviously, but, as a man, I can not help but think that it has to just be different experiencing a period every month.

Does this mean that women can’t be physicist, astronauts, presidents, or basketball players? The evidence seems to be that no, they can do those things, and should certainly be allowed and encouraged to, if they so desire. However, this does not mean that the experience of growing up as a man and the experience of growing up as woman are not very different and, like all differences - birth order, color of hair, height, general health, one’s relationship with one’s parents, one’s socio-economic background, etc. – they make a difference, they matter. Respecting that difference, trying to understand it, is, surely, a good thing, a sensitivity and insight we should seek, rather than dismiss as misogynistic or chauvinistic.

Technology, science, medicine, and pharmacology have all changed much about what it means to be a woman. To me it seems patently absurd, however, to think that they have changed everything. Our lived experiences tell us that this is not the case, and that the lives of women are still affected differently than the lives of men by issues of sex, conception, childbirth and childcare. The challenge is to not be so foolish as to deny this obvious fact, and hide behind the charge of essentialism whenever someone tries to understand or think about these differences. Rather, we need to try and figure out, together, what the changes in conception and childbirth, along with what has remained the same, all mean, and work through how we can best handle them – with special attention being paid to the crucial end result of all this biology: our children.

The luxury we enjoy to arrange the lives of men and women more equally today is a direct result of modern medicine, science, and technologyRabbi Shimon