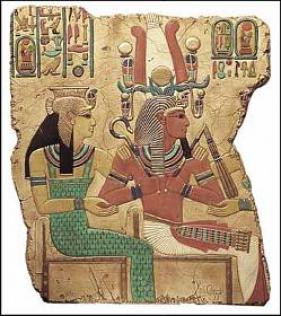 There is a very basic problem at a crucial juncture in parshat Vayigash. Yaakov now knows that his beloved son Yosef is alive, and, of course, wants to see him. However, instead of doing the right thing and asking Yosef to come and see him at home, in Canaan, or, alternatively, going down to Egypt to visit him – Yosef is, after all, a very busy man – he packs up the entire Jewish people, abandons the homeland promised to his fathers and him by God, and moves to Egypt, apparently for an indeterminate amount of time.  How could Yaakov do such a thing? His grandfather Avraham was, at least according to the Ramban, punished for going down to Egypt during a famine, his father Yitzchak was told by God explicitly to not go down to Egypt, not leave the land of Canaan, and now Yaakov just picks up and, with the entire family, leaves?

Well, the simple answer is that God OKs it. He tells Yaakov, just as he is about to leave the land, that it is all right, he may in fact go down to Egypt. Furthermore, God promises him that He will make him a great nation there, and will return him (once he has died, he will be buried in Israel) and his descendants to the Promised Land.

Well, this explanation actually makes matters worse. Our question is now not directed at Yaakov, but at God. Why does He instruct Yaakov to leave the land? Even worse, how can God promise him that there, in Egypt, He will make him a great nation? Isn’t that what is supposed to happen to us in Israel? That is exactly why God told Avraham to leave Haran and go to Canaan: it is there that he will become a nation, there that the Jewish people will become a people. How can that crucial evolution take place in Egypt, of all places, rather than in our own, divinely promised, historical homeland?

The Sforno (1475-1550, Italy), in his comment on Bereshit, 46, 3, supplies a fascinating explanation. He posits that, in Canaan, the sons of Yaakov would invariably marry Canaanite women, and completely assimilate into Canaanite culture, ending the Jewish story only a few generations after it had begun. In Egypt, however, the Torah has told us, a bit earlier in the Yosef story, that the “Egyptians could not eat bread with the Hebrews, as it was an abomination to them” (Bereshit, 43,32). This would obviously lead to a situation wherein the Israelites would be separate from Egypt and its culture, allowing them to develop on their own, socially, culturally, and religiously. (I assume the Sforno means that, even if they did intermarry with the Egyptians, they would remain separate and distinct, or, perhaps, that the intermarriages would not take place, leaving us to wonder who the Israelites married.)

This is a fascinating reversal of our usual understanding of Kashrut. One of the reasons we keep kosher may be to do exactly this: separate us from the non-Jewish population, socially and culturally. Here, according to the Sforno, God uses the Egyptians’ laws of “Kashrut”, whatever they might be, which keep them away from Jews at meal times, to guarantee that same separation, and enable the Jews to develop on their own.

It is fascinating to ponder this use, by God, of an alienating Diaspora as the crucible for the creation of the Jewish nation. Our ostensible homeland, the land of Israel, which, at that time, was much more Canaanite than Israelite, was, as non-Jewish as it might have been, much too familiar, too welcoming, to allow the Israelites the necessary space to develop as a separate civilization; they would have been swallowed up. Egypt, a powerful, distinct culture, which apparently looked down on the Israelites – eating with them was an “abomination”, and, ultimately, they easily enslaved them – was just the place to support and grow a distinctive Jewish identity.

The comparisons to today’s unbelievably welcoming American society, and its ability to radically assimilate as well as support its Jews, and the extremely hostile Middle East in which Israel finds itself, are, if not precisely parallel, fascinating. In the States, the embrace assimilates, sometimes in a positive, supportive way, sometimes, as God feared for the children of Yaakov in Canaan, to the point of obliteration, while the remaining cultural differences between American gentile and Jew, which, it seems, do still exist, challenge and fertilize. In Israel, the common enemy and shared sense of destiny and community have created a vibrant, fertile, Jewish culture and identity, which could possibly be critiqued as insular and inward looking (not so sure about that, but I thought I’d put it out there). What is certainly fascinating about the Sforno’s understanding here is his utilitarian take on the value of life in Israel or the Diaspora. What matters is finding the right environment for Jewish identity, growth, and development. At different historical moments, where that environment can be found might change; what matters is identifying it, and then going there.

Now, class, where is that best of all possible environments now? I think I know, but, when it comes to where we should be, as a people, the most important vote is the one we make with our feet.

Feel free to discuss among yourselves.

Our question is now not directed at Yaakov, but at God. Why does He instruct Yaakov to leave the land?Rabbi Shimon