Parashat Hashavua Vayeshev 2018 / 5779 - The Pit, the Water, and the Scorpions: Chanukah and the Yosef Story 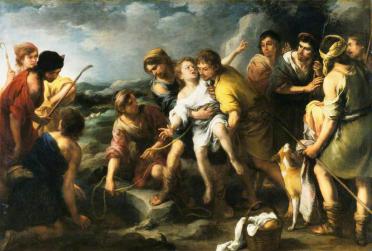 Parshat Va’yeshev is always read just before or, once in a while, during, Chanukah, and we Rabbis are obligated, by our contracts, terms of service, and ancient custom, to come up with some connection between the two. There is none. So yes, it’s a tough job, but somebody’s gotta do it; here goes.

In the section of the Talmud in Tractate Shabbat which deals with the laws of Chanukah, there is an interesting Midrash brought by Rav Kahana in the name of Rav Natan bar Minyumi, who said it in the name of Rav Tanchum. It has nothing to do with Chanukah, and is apparently there only because it was said by these Rabbis, in whose names a law that is about Chanukah is said immediately before this quote – the Talmud seems to have taken the opportunity to tell us another one in their names, even though it’s off topic.

Now, in terms of the Yosef story, this Midrash would seem to want to place further blame and approbation on the brothers; look what they did, endangering poor Yosef in this horrible way, throwing him into a pit full of snakes and scorpions!

But the fact that this verse, which appears in the parsha we read every year just before or on Chanukah (I know, this was not always the case, and in the time of the Talmud was apparently not the custom, but this is how this goes, so bear with me), is discussed in the section of the Talmud which is about Chanukah, seems to insist that the connection between Va’yeshev and Chanukah is there, just waiting for us to come and articulate it.

There have been, over the years, many attempts to infer or create that connection. Often the notion that water is a symbol for Torah is utilized, and the lesson of the empty pit is that an absence of water/Torah is worse than a mere absence; it automatically brings with it snakes and scorpions: a dangerous, negative impact on those without Torah. This idea is then connected to Chanukah by explaining that what the Maccabees were fighting was not necessarily the oppression they suffered at the hands of the Greeks who ruled over them, but Hellenistic culture itself, the culture of theaters, the Olympics, worship of the body, the entire pagan project. The message is that one cannot look at these Greek cultural pastimes – and their modern expressions - as harmless, non-Torah activities – extracurriculars, so to speak. No, they are, like Yosef’s pit, and like any place (or culture) which is devoid of Torah: full of snakes and scorpions, negative, harmful, dangerous – not just not-Torah, but actually anti-Torah.

I have always struggled with this. To fight the Hellenists because, as Maimonides puts it, “they decreed decrees on Israel which negated their religion, and did not allow them to practice Torah and Mitzvot, and they stole their money and their daughters…” is perfectly legitimate, a rebellion for a good cause. But to go to war because too many Jews are going to the theater, or wearing Greek clothes? I’m not so sure. I do understand that cultures are not value free, and, since they do not contain Torah, they, at the same time, do contain the snakes and scorpions of their particular world view, but I feel uncomfortable with that as a reason to kill and be killed. I prefer real, violent oppression as a casus belli, thank you. A clash of cultures is better dealt with over coffee, or on facebook, it seems to me.

But, you might ask, if we go with the opinion that the Maccabee’s war was against Hellenism itself, well, don’t they have a point? Don’t we need to fight, somehow, the snakes and scorpions of a Weltanschuung that goes against all our values and beliefs? Don’t we need to do something about a value system which is not just simply not ours, but which directly and dangerously challenges it?

I would say to that – yes, of course. And I’ll tell you how to do it: by adding a little water. The empty pit is dangerous because there is no water in it. That can be fixed – the snakes and scorpions can be banished – by bringing some water – Torah – into the equation. We are not necessarily meant to fight the non-Torah cultures we are surrounded by. This does not have to be a zero sum game. Rather, by introducing our Jewish ideas, values, and insights into the mix, we can utilize the undeniable wisdom and depth of world culture to create a more integrated, Jewish, and human, sensibility. By bringing what our Jewish traditions teach us to the world’s wisdom, by establishing a creative interface between them, we can fashion a safe, enriched, and enriching environment for ourselves and our children, for our culture.

As the pit was so dangerous only because it was empty of water, so, too, Greek culture, any culture, is only a problem for us if we allow it to be empty of what the Torah has to teach us. Add our own culture’s messages and insights into the mix, play one against the other, compare and contrast them, and we banish the snakes and scorpions, so we can then drink safely from the world’s well of wisdom.

Don’t we need to do something about a value system which is not just simply not ours, but which directly and dangerously challenges it?Rabbi Shimon