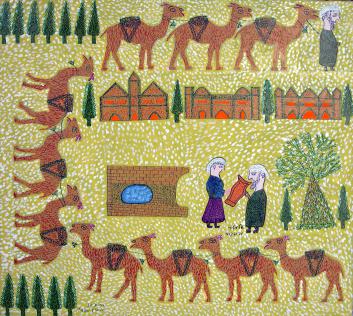 One of the conversations which has been set into motion by the murders in Pittsburgh, and which, in fact, has been going on one way or another since the horror show of Trump’s presidency began (and also, even earlier, in connection with one’s opinions about Israel), has been the question of bringing politics into religion, or religion into politics. Rabbis struggle with how little or how much their sermons and classes should deal with the current incendiary political scene, in America and Israel, and how, or even if, our religious sensibilities and world view should be introduced into the political discourse. The question is often weaponized:  NRA groupies trot out the “don’t politicize it” baloney every time we try to react like reasonable, sentient human beings to the latest gun atrocity, and many echoed the same silly argument against sensible people trying to connect the rather obvious dots between Pittsburgh, Trump’s poisonous rhetoric, and America’s lunatic gun laws.

What does Jewish tradition have to say about this question?

In this week’s parsha, Chayeh Sarah, Avraham’s servant Eliezer is sent to Avraham’s birthplace, Aram Naharayim, to find a wife for Yitzchak. The story of Eliezer’s successful journey is extremely long and, frankly, repetitious. We are told by the Torah what his plan is – choose the girl who comes to the well and generously offers water to him and his camels to be Yitzchak’s bride – then we are told that it actually happens as he hoped it would, and then he retells it all over again – both what he thought and prayed for as well as how Rivkah’s kindness actually expressed itself – to her family, down to the last detail.

The Rabbis notice this interesting editorial choice on the Torah’s part and make the following statement (Midrash Bereshit Rabbah, 60, 8): Rav Acha says: The everyday conversation of the servants of our forefathers is more pleasant to God than the actual Torah of later generations, for, behold, the story of Eliezer is told again and again in the Torah, while many very basic laws of the Torah are only hinted at in the text.”

According to Rav Acha, the length of the story, and its repetition, indicates its pleasing nature to God, while, in stark and radical contrast, actual laws of the Torah, given years later to Avraham’s descendants on Mt. Sinai, are typically presented in very brief fashion, and often must be intuited.

The lesson of this dichotomy could not be clearer: what God really loves, is interested in, and finds worthy of many, many words and sentences in the Torah, is not the legal, ritual aspect of Judaism but, rather, the way Jewish ideas and ideals play out in everyday life. Eliezer’s speech is so pleasing to God because it brings values such as faith – he counted on God to grant him success in his mission, and is open about that faith, and thankful to Him when He does – loyalty – to Avraham and his God - and forthrightness and honesty, as evidenced in the way he spoke frankly and openly to Rivkah and her family. This speech, which expresses Eliezer’s values of faith, optimism, loyalty, as well as the importance he places on kindness, is worth recording down to the last detail, and worth repeating, a few times. Ritual law, on the other hand, not so much.

The logic of this editorial preference is obvious: rituals and legalisms are there to enrich, improve, and guide our lives, to make us better. However, ultimately it is our lives, and the way we actually live them, the way our values play out in them, that count, not the rituals which are meant to help teach us what those values are. Eliezer’s faith and exemplary behavior as actualized in the world is the point, not the legalisms we are taught later in the Torah which, hopefully, help us attain those very same character traits.

ultimately it is our lives, and the way we actually live them, that count, not the rituals which are meant to help teach us what those values are. Rabbi Shimon