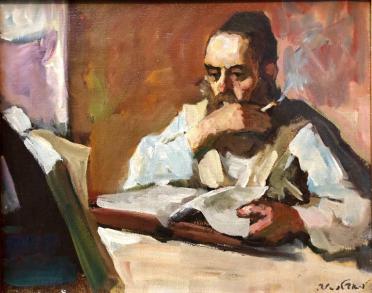 In Parshat Naso,  we have the final touches put on the Mishkan - the Tabernacle – which was built by the people of Israel in the desert. These consist of two sets of gifts brought by the heads of the tribes: six wagons, pulled by two oxen apiece to be used by the Levites to haul the vessels and components of the Mishkan, and twelve identical sacrifices, consisting of animal and grain offerings, and incense, as a celebratory dedication of the altar.

Nachmanides (the Ramban) points out that both of these gifts were unbidden: God did not instruct anyone to supply the wagons and oxen to help the Levites with their work, nor did He command a celebratory round of inaugural sacrifices on the altar. All of these, the Ramban says, were brought voluntarily.

This being the case, Moshe, for both of these gifts, had to ask God if they were appropriate, if they should be accepted. In both cases God said yes. The Ramban points out that this is the same dynamic we see when the ritually impure, who could not offer the Passover sacrifice, approached Moshe for a solution to their problem, a solution God then supplied by instructing them to offer the paschal lamb one month later. It is also the same dynamic we saw with the daughters of Zelafhad, who asked to inherit him when he died without sons, and had their request granted by God.

In all of these cases, the divine response to the human request or offer was enshrined as Torah law: once the daughters of Zelafhad set the precedent, daughters always inherit when there are no sons. Ritually impure people will always be able to celebrate Passover one month late, and any time the Temple is built, there should be a dedicatory offering of sacrifices, like the one initiated by the tribal heads in our parsha and agreed to by God.

This dynamic, where individuals sense a lack, a problem, an unreasonable situation, or an opportunity to make things better, and suggest a halachic solution, to which God acquiesces, and which is then enshrined forever as Torah law, may well be the most important and exciting thing in the Torah. Our ability to respond to the Torah sensitively and creatively, to see a problem and suggest a solution, to sense a gap and suggest a way to fill it, and have that solution or suggestion become Torah, become God’s will, is a truly impressive indication of the power of Torah study, and the covenantal nature of our relationship with God and His Torah. We are partners in this endeavor. We are all bidden to not just study the Torah we have been given. Rather, we are called upon to make Torah, to add to and create Torah, to make the Torah better.

In all of these cases, the divine response to the human request or offer was enshrined as Torah lawRabbi Shimon