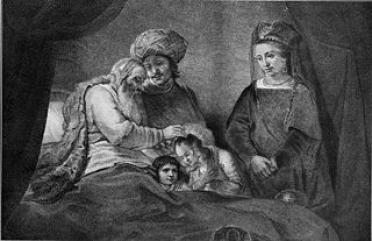 An interesting dynamic has emerged in the ongoing Halacha Wars. The more conservative, oppressive, establishment team (the bad guys) has been trying to undo decisions made by religious courts which are not to their liking. A while back, a Rabbi Sherman of the Rabbinate grotesquely tried to undo dozens (hundreds, even thousands, I think) of legitimate conversions done in the framework of the Israeli army and overseen by leading Religious Zionist Rabbi Druckman. The Chief Rabbinate continues to reject, without any real cause, conversions done by well-known Orthodox Rabbis and Rabbinic courts in the Diaspora. Right now, a few establishment Rabbis are threatening to undo a get (bill of divorce) granted to a woman by a well-respected Rabbi in Zfat, etc., etc. What’s interesting is that the liberal team (the good guys), in trying to fight this attempt to undo perfectly legal and legitimate Rabbinic decisions, take what one would think would be a typically conservative position: a decision, once handed down by a Rabbinic court, can not be undone. If a conversion has been approved, a divorce granted, a halachic question answered, by a competent Rabbinic authority, others can not try and second-guess him; what’s done is done. This is an essential argument against the Rabbinate’s heavy-handed attempt  here in Israel to act as a kind of Supreme Court of Halachic decision making, able to override earlier decisions, even without cause, and ultimately deny any Rabbis who disagree with them the right to function as Rabbis.

This legalistic argument against the Rabbinate’s right of review , which might seem at first glance to be quite illiberal, is actually being used to protect people who have been helped by brave, intelligent, right-thinking talmidei chachamim (scholars) from the backward thinking, power-hungry non-scholars who refuse to recognize any Rabbinic authority other than their own. The establishment’s attempt to retroactively undo decisions made by other Rabbis, and claim for themselves all Rabbinic authority, will lead to chaos, and we must all side with the reasonable and liberal Rabbis in their efforts to stop them from succeeding in their naked and obvious power grab. And I can prove it from this week’s portion.

This week’s parsha, Vayechi, opens with a few stories concerning the death of Yaakov. After we are told that Yaakov asks his son Yosef, the ruler of Egypt, to swear that he will bury him in the Land of Canaan, there is a further episode, in which Yosef brings his two sons, Ephraim and Menashe, to be blessed by his dying father (this immediately precedes the blessings Yaakov gives to his own sons).

It would seem that Yosef does this in order to claim what he has apparently been after all along – primacy among his brothers. Yosef is not his father’s first born, but he is the first born of Yaakov’s beloved wife, Rachel. He has also risen above his brothers to become ruler of Egypt; as his dreams predicted, they bowed down to him. Now, by asking Yaakov to bless his two sons, he is claiming the double portion of the first born, and he gets it: Yosef is not the father of just one tribe, as his brothers are; he is the father of two. As Yaakov states, when Yosef arrives at his death bed, the idea here is to declare that Ephraim and Menashe are to be considered true sons of Yaakov, not just grandsons, which means that each one of them will father a tribe, a tribe which will get a share of the land. This is the double portion to which Yosef has always aspired, and which he now will receive.

However, after this statement of purpose, something strange happens. Yaakov actually sees the boys in question and asks “who are these?” Although this confusion on his part could be ascribed to Yaakov’s old age and bad eyesight, and perhaps the Egyptian look his grandsons had, the Rabbis find it hard to believe that Yaakov did not know his own grandchildren, and they understand his question to refer to something entirely different.

According to the Midrash - a Rabbinic interpretation - Yaakov, when presented with Ephraim and Menashe to be blessed, saw prophetically that each of them would father evil descendants: in the case of Ephraim the evil kings Yeravam and Ahav, in the case of Menashe, Yehu, a bloodthirsty king who tolerated idol worship, and his sons. Yaakov was referring to these descendants when he asked “who are these?”

It looks like a deal breaker: Yaakov now seems unwilling to bless his grandchildren, treat them as his own children, and recognize them as Yosef’s double portion, two distinct tribes of Israel, because, through their evil descendants, they are apparently revealed to be undeserving.

But Yosef has a response: “they are my sons, which God gave me bazeh (בזה).” Bazeh, which literally means in or with this, seems to be a rather strange way to say what Yosef seems to mean: “here, in Egypt”, and the Rabbis therefore think he means something else. They tell us that Yosef, as a response to his father’s challenge, showed Yaakov his engagement contract and his ketubah, his marriage contract – that is the meaning of “my sons, which God gave me with this” – I fathered these sons legitimately, through the agency of “this”; these legal contracts. The point would seem to be to show his father that his sons are kosher Jews, he married their mother in a Jewish ceremony, in the Jewish way, with the proper Jewish documentation.

With this, Yaakov acquiesces, and blesses the boys, putting his seal of approval on their ascendancy to the position of children of Israel, tribes, giving Yosef his double portion.

The question is, how does Yosef’s showing off his sons’ bona fides do any good in the face of their miserable offspring? The fact that Yosef properly married their mother, Osnat the daughter of Potiphera, with all the necessary halachic documentation, doesn’t cleanse their descendants of their many sins.

It would seem that when Yaakov, upon seeing the evil kings who would come from Ephraim and Menashe, felt that they must not be real children of Israel, his real sons, or grandsons, for that matter. One can imagine that the evil descendants are part of a larger question: are these two kids, born and raised in Egypt to an Egyptian mother, living and perhaps looking (“who are these?”) like Egyptians, really Jewish at all? Unlike Avraham, who rejects his son Ishmael, and Yitzchak, who excludes his son, Esav, all of Yaakov’s sons are Jewish, members of the covenant, they are his. Perhaps Ephraim and Menashe, given the foreignness of their pedigree, which, Yaakov sees prophetically, will make itself felt years later with their evil descendants,  should not be considered to be kosher, are not proper bearers of the Abrahamic tradition and God’s covenant, are not one of us at all.

If this is the question, then Yosef, by displaying the engagement and marriage contracts, is making the following argument: their descendants are problematic, there seems to be some strange, un-Israelite things about them, which will reveal itself in later generations, but they are, technically speaking, kosher. Although they may not be perfect, the consequences of which may indeed be awful, the fact that I married their mother in the Jewish tradition makes them unassailably ours; you must recognize them as your sons, members of the tribe. Which Yaakov then immediately does.

In spite of Yaakov’s prophetic sensitivity to what appears to be real problems in Yosef’s sons, Yosef wins this argument: One can not presume to have a higher understanding, a more demanding standard, or a deeper insight into a situation beyond the simple Halachic reality. If the law says that these two boys have a proper, legal Jewish pedigree, or that a person has had a proper conversion, or has been granted a bill of divorce by competent Rabbis, no one can claim that some higher standard, some more demanding position, can undo those acts. The Halacha protects us from such high-handed second-guessing, just as Yosef protects his sons from Yaakov’s more far-reaching, but ultimately irrelevant, objections.

What Rabbis have done is done.

One can not presume to have a higher understanding, a more demanding standard, or a deeper insight into a situation beyond the simple Halachic realityRabbi Shimon