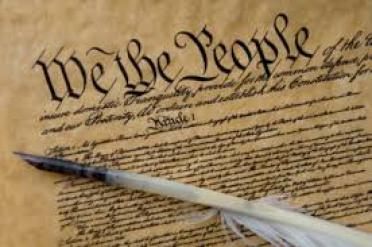 The ongoing attack on democracy, the constitution, civility, and the health of the nation and the planet, being led by Trump and his henchmen, continues apace. I am not going to bother to list his almost daily high crimes and misdemeanors, or explain the damage he is doing to the democratic process and the rule of law – read or watch the news (even, remarkably, on Fox!). In light of this desperate situation, I was prompted to revisit a piece on the parsha I wrote back in 2004, when Trump was just a small-time local crook, clown, and cheap vulgarian, rather than the leader of the free world.This week's parsha, Ki Tavo (When you enter into the Land), is one of the last parshas of Deuteronomy, in which Moshe, during the final days of his life, gives the Israelites a last batch of Mitzvot, advice, exhortation, blessings and curses, before leaving them for good. In Ki Tavo, as in other portions in this section, Moshe makes reference to a specific day, whose identity and character is unclear. Early in the parsha (chapter 27, verse 9), Moshe says that “…on this day you have become a nation to the Lord your God”. Towards the very end of the parsha, after a long, harrowing litany of curses, aimed at those who do not keep God’s laws, we read this: "And Moshe called to all of the children of Israel and said to them: You have all seen all that God did before your eyes in the land of Egypt, to Pharaoh and all his servants and all his land. The great miracles which your eyes beheld, those signs and great wonders. And God did not give you a heart to understand and eyes to see and ears to hear; until today". What is meant by "until today"? What day, exactly, is Moshe referring to, and what happened on it? Here we are, approaching the end of the Torah, the end Moshe's life and the forty year trek through the desert; what specific day is it on which the Jewish people finally “become a nation to the Lord” and get "a heart to understand and eyes to see and ears to hear"?

The Sforno, in a really pessimistic pshat (reading), suggests that we read the verse like this: after all you saw in Egypt and the desert you still, even today, do not get it! "Until today", according to Sforno, should be read as "even today", "including today"; even now, after all this, you still don't see! According to the Sforno, Moshe goes on to demand that now, after the experience of the desert, on the eve of entering the land of Israel, they better wise up, and understand what God wants of them and do it.

Rashi disagrees, and says that Moshe means that they have finally figured it out, today, at this late date. In spite of the fact that the events of the Exodus failed to instruct them, and the years in the desert did not do the trick either, now, today, as Moshe says farewell to the Jews and prepares to die, they finally do get it. Rashi then supplies the specific event to which Moshe is referring, what happened on "this day" that finally made the difference for the Israelites.

According to Rashi, what happened "today" was an event first referred to at the beginning of our portion. He explains: ”I heard [Rashi does not reveal his source] that that day was the day on which Moshe gave a copy of the Torah [which, after the forty years in the desert, was now finally complete, and ready to be handed over to the Jewish people], to the Cohanim [priests], from the tribe of Levi, as it says [a few chapters later in Deuteronomy 31, 9, in next week's parsha] 'and he gave it to the priests, the sons of Levi.' All of Israel then came before Moshe and said to him: 'Moshe, our master, we also stood at Mount Sinai and received the Torah, and it was given to us. Why do you put the members of your tribe in charge of it? They [the Levites] will say to us tomorrow: ‘it was not given to you; it was given to us’. And Moshe was pleased by this [first time he was happy to get a complaint?]. And this is what he was referring to when he said [at the beginning of our parsha] 'Today you have become a nation'. On this day I understood that you cleave to and desire God."

Let's look carefully at this momentous event. Moshe, having finished writing the Torah, prepares to leave it, before he dies, in the hands of the people. He gives a copy (the copy?) to the Levites, the tribe which has emerged as leaders of the nation - Priests, Levites, Moshe, Aaron, and Miriam all come from this tribe. Precisely how democratically or not he intended the Levites to behave with the Torah we do not know, but it is clear that he intended to give it to them and them alone. The people reject this arrangement. They remind Moshe that the giving of the Torah took place democratically (we all received it at Mt. Sinai) and that giving it physically to only the Levites invites a non-democratic situation, in which the Levites will claim it for themselves and control it, thereby setting up a hierarchy at the top of which they will sit. This complaint, then, is the trigger, the proof which Moshe was looking for, that the Jewish people have finally become God's people.

Remarkably, this event is not so obviously theological or spiritual; it is political. Now that the Jewish people have rejected the arrangement implied by giving the Torah only to the Levites, which would have given them control of the Torah and, through it, the nation, and make the rest of the people passive participants in their relationship with God and His Torah, Moshe sees that they have matured, are ready to take responsibility for the life of the nation. Rashi, however, expresses this in purely theological terms: “On this day I understood that you cleave to and desire God.” Their desire to at least share control of the Torah - and the nation - with the Levites is seen as the result of a religious impulse, rather than an impulse to power, and this religious impulse, more than anything else they saw, experienced, or did during the exodus or in the desert, is what truly makes them a people, God’s people. How does Rashi know that the impulse here should be understood in religious, rather than political terms?

The reason is this: the political is the religious, and the religious must be expressed politically. A real relationship with God is an active, participatory relationship. A passive acceptance of what our religious (or political, or intellectual, or cultural) leaders tell us produces a mediated, attenuated, dependent relationship with God and His laws, a relationship which is actually with the leadership, rather than with God, which is not what Judaism sees as a religious value. The precise act which makes us the Jewish nation, God's nation, is the act of taking personal and communal responsibility for one's behavior and one's relationship with the Jewish tradition, and sharing that power, and responsibility, equally with our fellow citizens; the act of, together, wresting the Torah away from the religious establishment and making it our own.