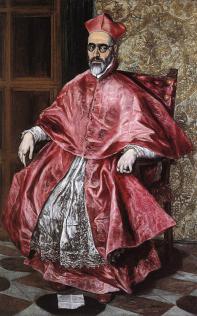 In parshat Ekev there are quite a few verses about God’s strength and power. Most of these are mentioned in connection with the impending conquest of the Land of Canaan; God, with His strength, will make it possible for the Israelites to conquer the land He promised to their forefathers – it is His power that will guarantee their military victories against larger and stronger armies.

At one stage – chapter 10, verse17 - we are told: “For the Lord your God is the God of all gods and the master of all masters, the God who is great and strong and awesome, who will not show favoritism, nor accept bribes. He does justice for the orphan and widow, and He loves the stranger, to give him bread and clothing. And you shall love the stranger, for you were strangers in the Land of Egypt.”

In the Talmud (Tractate Megillah, 31,a), Rabbi Yochanan says this about this verse: “Where you find the power of God, there you find His humility. It says ‘For the Lord your God is the God of all gods and the master of all masters’, and afterwards it says ‘He does justice for the orphan and widow’”.  Rabbi Yochanan discerns an interesting dynamic in the verses: they begin by describing an awesome and powerful God - “great, strong, and awesome” - but end with Him caring for the needs of the lowliest among us. As the Maharsha explains in his commentary on the Talmud, big shots typically stay away from the poor, oppressed, and disenfranchised. That usually goes with the territory of being wealthy, powerful, and strong. God, on the other hand, who is really strong, brings these people close to him, cares for them, and loves them. And, expects us to do so as well.

I’d like to think with you for a moment about this dynamic. Apparently, being wealthy and powerful tends to make (some, not all) people want to not be in contact with those who are really not like them – weak, poor, unfortunate. This dynamic is the opposite of God’s “humility”. The idea seems to be that the wealthy and powerful are arrogant, which makes them want to associate only with those who are strong, like them, and not with those who, unlike them, are weak, and poor.

Why should this be so? What is it about the disenfranchised that makes the powerful want to stay away from them? One might have thought that they would enjoy interacting with people whom they could look down on, make fun of. If this is about arrogance, shouldn’t they want to be able to act out their arrogance with people they think they are stronger and better than?

I think there is a simple equation at work here. God, who is really powerful, intrinsically and infinitely powerful, is able and willing to behave lovingly towards the weak and afflicted. That is what Rabbi Yochanan calls ‘humility.’ The ‘arrogance’ of powerful people, expressed by distancing themselves from the weak and poor, is the result of the truth about their power – they aren’t really that powerful at all – and a desire to run away from that truth. Like regular people, they, too, catch cold. Like everyone else, they go to the bathroom, and, like everyone else, they will one day get sick and die. Their arrogance would seem to be a result of their weakness: being with weak people, poor and sick people, calls attention to the inexorable fact that all people are actually pretty weak, and these powerful folks don’t want to admit that. They want to forget, or deny, that simple fact. They want to pretend that they are somehow essentially different from those who struggle, and suffer.

God is able, from His position of real strength, a strength I should imagine He is fairly confident about and comfortable with, to feel the pain of those who suffer, and address it. He knows that that interaction in no way limits or challenges His position, and He therefore is humble enough to connect Himself with the afflicted. The rich and powerful, on the other hand, are afraid. In their misunderstanding of their limited power, in their desire to see it as virtually limitless, they try to pretend they are beyond the troubles and challenges faced by all human beings, and try to edit all that bad stuff – the suffering, the poverty, the weakness - out of their lives. That produces the arrogance of defining themselves as better than, and not really at all connected to, the poor.

The Torah here reminds us that we are all the same – we, too, were strangers once - and that the right way to face the world is with the humility of knowing that we are all in the same boat, and those of us with a better seat really should do what we can to help those who are drowning, rather than pretending that the world the poor inhabit is, in some way, not our world at all.

God, who is really powerful, intrinsically and infinitely powerful, is able and willing to behave lovingly towards the weak and afflicted.Rabbi Shimon