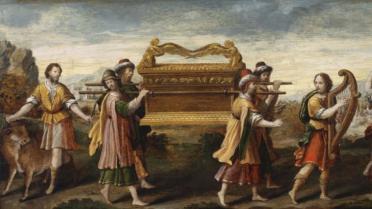 If you take a close look at the various arguments going on in the Jewish world, one of the themes which emerges is the question of who gets to decide, whose opinion is meaningful, and what role the common folk, as opposed to the leadership class, are meant to play in decision-making for the community. Some come down on the side of a more democratic approach: the members of Jewish communities should be able to make, or at least contribute to the making of, important communal decisions, be they social, halachic, or political. Others stress the importance of following leaders; Rabbis, poskim (halachic experts), philanthropists, or elected officials, and would give them the last word in making policy decisions.

In parshat Terumah, the making of the Mishkan – the Tabernacle – in the desert, becomes the Torah’s central topic. For the next few portions, we will be taught the details of the structure and the furnishings and utensils used in it.As God begins to explain what the Tabernacle is and how it should be constructed, He speaks only to Moshe; it is Moshe who is commanded to get the Israelites to donate the necessary materials and it is Moshe’s job to build the Tabernacle. Throughout the entire parsha, God instructs Moshe in the same way: “and you shall make”, “and you shall cover”, “and you shall bring”, “and you shall place”, “and you shall connect”, etc., etc. In subsequent portions, other individuals will be brought into the picture to assist, either by name (Bezalel and Oholiav, the architects/builders) or by class (wise women and men, workmen), but, from the outset, the commandment, the job, the responsibility, and, one assumes, the credit, are all Moshe’s.

One exception stands out. Early in the parsha, just after God has listed the materials which will need to be donated, the first – and most important - element of the Mishkan is mentioned: the ark. Now, the ark is certainly the absolute epicenter of the building, the whole point, actually, as it contains the Ten Commandments and functions as the place from which God will  continue to speak to Moshe. It is the locus of God’s presence in the Temple, and of His ongoing interaction with Moshe and, through him, the Jewish people. The commandment to build this all-important element reads differently from the others we see in the parsha: “And they shall make an ark of Shittim wood, two and a half cubits long and one and a half cubits wide…” (Exodus, 25;10). Here, the commandment, though spoken to Moshe, is not addressed to him but, rather, to them: the people of Israel, they shall make the ark.

What is the reason for the difference in the way God presents the commandment to build the ark? Why is the mitzvah addressed to all of Israel, and not only Moshe?

The Ramban – Nachmanides – has an interesting answer.  He points out that the ark is, indeed, the holiest, most important element of the Tabernacle, making the participation of all the people in its building certainly appropriate. He adds that, by building the ark, the people will “merit the Torah”. This would seem to mean that, since the ark is, as we said above, the repository of the Ten Commandments, and the site of God’s ongoing giving of the Torah, via His communications to Moshe all during the period in the desert, by building the ark, the people become an integral part of that process; they merit the Torah by building the vehicle for its ongoing transmission.If we look carefully at these ideas of the Ramban, we see at least two things. One is that Moshe’s leadership, while necessary and important, is not called for when the most important things have to happen. It is almost as if Moshe is a technocrat, responsible for the building of all of the necessary, but ultimately secondary, aspects of the Tabernacle. When it comes to the ark, the real point of the entire exercise, however, the entire nation must be involved; when the activity or issue is really important, the democratic, participatory element trumps the importance of Moshe’s role as leader.

In addition, the Torah demands the nation’s participation in the building of the ark in order to make sure they are part of the Tabernacle’s most important activity: the ongoing receiving of the Torah. This dynamic, which is about the ongoing revelation of Jewish law, values, and identity, can not be left to Moshe alone. He may, on his own, supervise the construction of the outer building and lesser furnishings, but when it comes to the real content of the Tabernacle – and of Jewish life and law – democracy must be served. The people must be part of the process of ongoing revelation, as the Torah is theirs, not Moshe’s. The communal construction of the ark points to the communal nature of the nation’s central, most important activities and decisions. The Menorah, the altars, the various vessels used in the tabernacle, can all be left to the leadership to sort out; when it comes to the heart of communal life and thought, the ongoing creation of the core of its identity, the entire community must be part of  the process.Shabbat Shalom,Shimon

The people must be part of the process of ongoing revelation, as the Torah is theirs, not Moshe’s.Rabbi Shimon