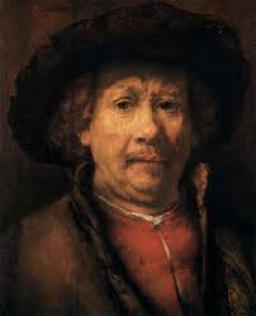 Our Jewish and Western cultures, and many others, I am sure, are full of expressions such as ‘may the punishment fit the crime’, ‘he got what he deserved”, ‘an eye for an eye’, ‘measure for measure’,  'מידה כנגד מידה' , and similar notions of how punishments are meant to somehow reflect or balance the nature of the crime committed. In this week’s parsha, Shlach, one of the great crimes in Jewish history is committed, and the punishment is especially apposite, and enlightening.

The Israelites have left Egypt, crossed the Reed Sea, received the Torah, built the Tabernacle, and are now ready to enter the Promised Land. In preparation, God commands Moshe to select twelve spies – one from each tribe – to go into Canaan and check things out. They do so, return after forty days, and basically tell everyone that the mission is impossible. The Jewish people are convinced by the spies’ description of the might of the Canaanites, their awesome size, their fortified cities, the puniness of the Israelites in comparison to them (an interesting insight into how others often define our self-image and self-esteem) and clamor to return to Egypt, and slavery.Only two of the spies, Yehoshua and Calev disagree, and insist that the land can be conquered, but they are ignored by the people, who demand that the mission be aborted. They prefer death in Egypt, or the desert, to fighting the Canaanites and claiming the Promised Land.

God is, understandably, angry, and condemns the Israelites to wander for forty years in the desert, where they will die. Only the next generation, the children and grandchildren of those who actually were slaves in Egypt, and who here failed to live up to the promise inherent in the exodus, will enter the land.

The way God makes this decree is enlightening. He says to Moshe: “Tell them that I pledge my life, says the Lord, if what they said in my ears is not what I will do to them. In this desert their dead bodies will fall, all of the ones that have been counted, from age twenty and up, those who complained against me.”

God stresses that the punishment here more than fits the crime – the punishment is the crime. The awful things they said in God’s “ears” – the faithless complaints about the overwhelming difficulty of the task before them, the impossibility of entering the Promised Land – will come true. The sin of the spies was their lack of faith; faith in themselves, in God’s ability to help them against the Canaanites, in freedom and justice, in the destiny which God, their fathers, and Moshe had promised them. That lack of faith, that cowardice, that insecurity and lack of vision, defines the lives they will now, for forty years, be condemned to live. Who they are – faithless, cowardly, small-minded slaves, is who they will continue to be, for forty years of wandering.  That is their punishment.

This is an extreme form of ‘measure for measure’. There is no court here, no judge dreaming up a fitting punishment – an eye for an eye, a tooth for a tooth. Rather, God is teaching the Israelites, and us, that the greatest punishment is in living the inevitable results of our own sins, our own shortcomings, our own petty fears and weaknesses. The punishment for our bad choices, our selfish, weak, and foolish decisions, is that we must continue to live with them and their implications. There can be no punishment more fitting, or awful, than that.

God is teaching the Israelites, and us, that the greatest punishment is living the inevitable results of our own sins, our own shortcomingsRabbi Shimon