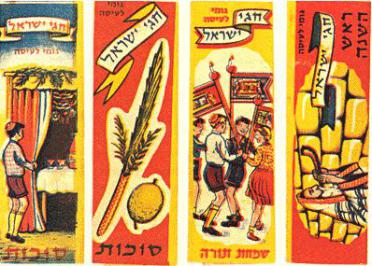 Yom Hashoa - Holocaust Rememberance Day, is observed in Israel and in Jewish communities around the world on the 27th day of the hebrew month of Nissan - just a week after the end of Passover and one week before Memorial Day for Israel's fallen soldiers and Independance Day. The proximity of the days expresses the connection between the European Holocaust and the birth of the modern State of Israel.

In Israel, the day is observed with official ceremonies, at Yad Vashem and elsewhere, and a nation-wide two minutes of silence, which takes place at 10 AM, as sirens are sounded and the country comes to a stand-still. Jewish communities around the world also remember the Six Million on this day, with prayers and ceremonies in synagogues, schools, and community centers.