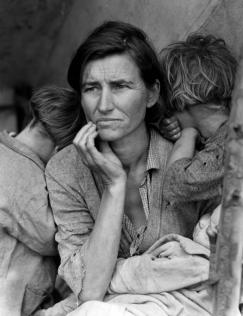 I recently saw – somewhat belatedly – the movie Hell or High Water. Besides being a great film, it really goes a long way towards explaining why Trump is president and what is happening in terms of race and class relations today in America. I highly recommend you see it.

The film, which is thematically exceptionally rich, revolves around the debt crisis in America, folks losing their homes to the banks, and the endemic, multi-generational poverty in many parts of the country. It is a funny and moving meditation on race relations, land use and America’s “original sin”, the ways in which  so many Americans have been let down by Wall Street, the banking system, our energy  policy, and plain old governmental and societal neglect. Spoiler alert: the film is actually a damning condemnation of a capitalism and a culture which has failed too many of its citizens.

In this week’s parsha, Re’eh, there is a good deal of material about these issues: debt, land ownership, food and housing rights, economic equality, poverty and charity.

On the very basic issue of wealth and poverty, and society’s obligation to the poor, the Biblical text seems to contradict itself. First (Devarim, 15, 4) we are told that “There will not be among you any impoverished people at all, for the Lord will bless you in the land which the Lord your God gives you as a portion to inherit.” Only a few verses later, however, we are told to not be stingy, and give charity to the poor, “for there will not cease to be an impoverished person in the land” (15, 11). So which is it? Will God guarantee that there will be no impoverished people among us, or will we always have poor folks in society, whom we are commanded to generously assist?

Most of the commentaries come up with a fairly standard answer: if we follow God’s laws will be rewarded with the promise of the first verse: an egalitarian society and an end to poverty. If, on the other hand, there are those who break the laws of the Torah, the later verse tells us that they, and society, will be punished with poverty and inequality.

The obvious problem is that it doesn’t always look that way to us. The good are often poor, the wicked are often wealthy. We do not see the correlation between behavior and bank account which we are promised here; God does not seem to always take care of the worthy.

The Hizkuni (Hezekiah ben Manoach, 13th century, France), adds a bit of a twist to our reading of these verses which may help us make sense of the Torah’s economic vision. He points out that these contradictory verses are preceded by the laws pertaining to the Sabbatical year: every seven years we are commanded to forgive all debts, free all Jewish indentured servants (who basically were sold into servitude to pay off debts or pay back what they had stolen), and allow everyone to freely eat of the fruits of the field – all food grown in the country may be consumed by everyone. In addition, every 50th year is a Jubilee, when ancestral land which, because of debt or financial pressure, has been sold off, is returned to its original owner, guaranteeing land to everyone. The Hizkuni says that if these laws are kept there really “will not be among you any impoverished people at all” – not through any divine intervention, but simply because these laws arrange a society in which there will be no poverty. The wealth is regularly shared, land ownership for all is guaranteed, and debt is regularly and periodically erased. Obviously, if we break these particular laws, which are meant to guarantee a livelihood to every citizen, poverty will ensue, and the second verse kicks in: “there will not cease to be an impoverished person in the land.”

In other words, the presence or absence of poverty, homelessness, and crushing debt is not the result of a God who is rewarding or punishing us for our general adherence to the mitzvot, our general religious and social behavior. Rather, it is the direct result of whether or not we create the society the Torah wants us to create: an economic system totally unlike the dog-eat-dog, winner-take-all capitalism of 21st century America, Israel (to a lesser degree), and some other countries. The Torah’s economic system seeks to eradicate poverty, by fairly distributing land, automatically forgiving crushing debt, and supplying all citizens with what they need to live. I guess that just about ends the discussion about minimum wage, economic equality, debt reduction, Obamacare, and the social safety net. We know what the Torah wants us to do.

Poverty, homelessness, and crushing debt is not the result of a God who is rewarding or punishing us for our general adherence to His mitzvotRabbi Shimon

ראה continues Moshe's exhortation to the people of Israel, just before his death, to be faithful to their covenant with God and keep the commandments. He enjoins them, once they get to Israel, to reaffirm their commitment to the Torah in a ceremony in the Shomron, on Mt. Grizim and Mt. Eyval, in which those who keep the mitzvot are blessed, and those who do not, cursed. The parsha contains some halachic material, including the prohibition against eating blood, the laws of the false prophet, prohibitions related to idol worship, a review of the kosher and non-kosher animals, and laws of the Sabbatical year and charity. The parsha concludes with laws of the three pilgrimage festivals.