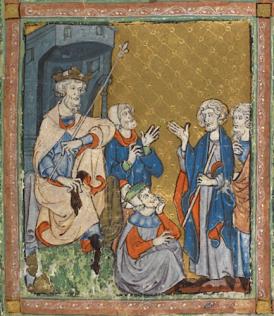 Over the past few years, political correctness has become a kind of red flag for many, particularly on the right. Trump rode the distaste for political correctness, which seems to exist among many in the Midwest and South in particular, to victory in 2016, and he and his enablers continue to go on and on about it.

Political correctness is defined as the avoidance of expressions or actions that are perceived to exclude, marginalize, or insult groups of people, particularly minorities or the disadvantaged. Sounds like a reasonable approach – why hurt people’s feelings – or worse – if you don’t have to? I guess the healthy distaste for PC comes from a desire to be able to speak freely, say what you want, and not have your thoughts or speech policed, in what is often perceived as very nit-picky ways, which sound like reasonable goals to me. On the other hand, maybe it comes from a desire to be able to freely exclude, marginalize, and insult groups of people or individuals, which, to me, sounds like not such a good idea.  The way self-proclaimed non-PC speech is actually practiced by many seems, in practice, to mean the right to be vulgar, mean-spirited, impolite, disingenuous, imprecise, and hurtful, in order to exclude, marginalize, and insult a very wide range of people, which is actually awful, as we see almost daily in what passes for public discourse. I’d like to look at an interesting dynamic in this week’s parsha, Va’era, to see what our tradition might have to say about this issue.

Va’era tells us about the beginning of the ten plagues visited upon the Egyptians in the effort to get them to free the Israelites. Famously, the first three plagues – blood, frogs, and lice, are produced not by Moshe but by his brother Aharon; Moshe takes care of the rest. A simple explanation for this division of labor might be that it is appropriate, as the plagues get more and more severe, for Aharon to start and Moshe to pick up later, as a kind of indication of the escalation of the plagues. But the Rabbis have a different explanation: the plagues of turning the water of the Nile (and all the other water in Egypt) into blood and of bringing frogs from the Nile to infest the land, are rooted in the water of the Nile. Since Moshe, as a baby, was saved by the waters of the river, when his mother placed him in a boat to escape the Egyptians, it would be inappropriate for him to show a lack of gratitude and sensitivity by doing this grotesque thing to the river that helped him. Similarly, the lice of plague number three are generated from the dirt of Egypt, the same dirt which enabled Moshe to bury and hide the body of the Egyptian taskmaster he killed. Here, too, it would be churlish of Moshe to treat the dirt that helped him in such an insulting and negative way, by using it to produce the plague of lice.

Now, this seems to be an extraordinary expression of sensitivity. In the crucial effort to free the Jewish slaves from their murderous oppressors, God instructs Moshe to not forget the debt he owes to their water and land - the water and land of the enemy – and refrain from disrespecting it. Now, I can hear some of you saying that this is not exactly political correctness, and, at the end of the day, Aharon does arrange for the blood, frogs, and lice to appear, but I am afraid you are missing the crucial point.

The Rabbis are teaching us about sensitivity, about checking the appropriateness or inappropriateness of our behavior, and the effect that behavior may have on those with whom we are in relationship. In this case, Moshe must be sensitive to inanimate objects (!) which have helped him. In a later, frankly almost unbelievable, law in the Torah, it is the Egyptian people themselves, the very nation which tortured and enslaved us, murdered our children, whom we are told not to hate – “…do not despise an Egyptian, for you were a stranger in his land” (Devarim; 23,8).  We may have good reason to hold a grudge against them but, upon reflection, we need to realize that, having hosted us when we were starving immigrants, they do not deserve our hatred, and must be treated accordingly.

These sensitivities to the help Moshe received from inanimate objects, or to our Egyptian oppressors because, earlier, they allowed us into their country when we needed to emigrate from Canaan because of famine, are exactly what the anti-PC team is not seeing, or understanding. More pointedly, when the Torah again and again and again, at least 36 times, by the Rabbis’ count, tells us to be sensitive to the stranger, not oppress or treat him or her badly, not hurt his or her feelings, not to forget his or her special needs and difficulties, the clear and obvious lesson is, in modern parlance, political correctness – a sensitivity to the ways we might hurt people who experience certain challenges, who might have certain issues in their past which still effect them, and a determination to act on that sensitivity in order to not do them any harm.

Frankly, the supposedly ridiculous lengths that PC might seem to go to in order to not cause hurt or insult are nothing compared to the Torah’s concern about the feelings of the Egyptian water and earth, and of the Egyptians themselves; left to my own devices, I would find it very hard to be that careful about the feelings of Egyptians and their stuff. And the insistence on caring for the feelings of the stranger, the other, is repeated so many times and in so many ways that it seems almost impossible to not get the message of the need for heightened sensitivity and concern for the les fortunate other. And yet, remarkably, some – many, in fact – do seem to have gotten the memo. So, the next time some uninformed person attacks political correctness for somehow getting in the way of making America great again, or being a liberal, western value, not in line with Jewish ones, may I suggest you bring these Rabbinic insights and Torah laws to his or her attention, so that they might be able to start assimilating some real Jewish ideas, rather than the nonsense so many are parroting today.