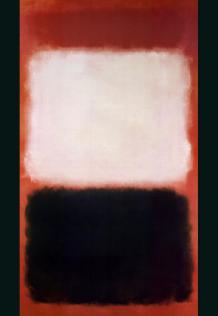 Last night I watched the BBC Panorama program on anti-Semitism in the Labour Party. It was shocking and worrying, for a few reasons. First of all, the extent of the hatred of Jews and of Israel is remarkable. The demonization of the Jewish State, the recycling of moronic anti-Semitic tropes about the Rothschilds, the insidious, ubiquitous, and almost supernatural nature of the power of the Jewish people and the Jewish State, and a whole range of idiotic conspiracy theories, are all as ridiculous as they are frightening. In addition, the heavy-handed, self-righteous, and duplicitous nature of the denial and cover-up by the party were reminiscent of 1984 and the Communist regime in the USSR.

I couldn’t help but think of this week’s parsha, Balak, and its anti-hero, the prophet Bil’am. Bil’am is hired by the rulers of Moav and Midian to curse the Jewish people, whose imminent approach frightens the rulers of these nations. Bil’am tries, again and again, to do the job. His approach is to go to a site with a good view of the Jewish people, offer sacrifices to God, take a good look at the Israelite camp, and curse.  Famously, and somewhat humorously, the plan keeps on backfiring: instead of cursing the Israelites, he blesses them, beautifully, poetically, prophetically, over and over.

The method of looking at the people in order to curse them makes sense: Bil’am will see them, see their faults, weaknesses, insecurities, and zero in on them. The fact that he blesses them instead would seem to indicate that the prophetic mind, the prophetic voice, can’t lie: if they really are blessed, and worthy of blessing, that is what his prophecy will articulate – the truth.

What is strange about this is why Bil’am, if he sees, again and again, what a good, special, and praiseworthy people the Israelites are, doesn’t draw the appropriate conclusion and convert or, at the very least, stop trying to curse them? Why after seeing and expressing the truth about Israel, does he go back and try to lie about them again?

Maimonides, and other Jewish and non-Jewish thinkers, discusses an idea which relates to prophecy – the שכל הפועל, the active intellect. This is understood as being the divine truth and wisdom which is accessible if one perfects his or her intellectual faculties to the highest level. As a prophet, Bil’am, apparently, did this, and had this ability. However, as the humorous story at the start of the parsha would seem to indicate, when Bil’am’s donkey sees an angel which Bil’am can not see, on some other level he is a dumb ass – dumber, in fact. This is why, when using the objective, divine, true wisdom which he taps into when he looks at the Jewish people as a prophet, accessing the active intellect, he is able to tell the deep truth about them. But he then retreats to some other aspect of his mind, or personality, or psyche: he hates and fears the Jews. He wants to vilify them, to lie about them, to harm them, and tries to do so, again and again.

I am sure that quite a few of the Labour Party’s anti-Semites and Israel haters went to Oxford or Cambridge, or at least some other good enough university. They are probably not unintelligent, and are generally able to assess correctly what their eyes see. But there is also something else going on in their heads, or hearts, or kidneys, which enables them, drives them, to say the stupidest, most hateful nonsense imaginable, to rant like lunatics about Israel being worse than the Nazis, or white South Africa, or about the Rothchilds, the Mossad, and 9.11. I am not quite sure how this works, and why otherwise intelligent people behave this way, though I do know that it is not limited to anti-Semites: we all should – and do – know better than to say and think some of the things we say and think, we know better, and are better, than our prejudices and hatreds. But somehow, like Bil’am, in spite of the evidence of our own eyes, and the objective assessments of our own minds, we all too often regress to primeval and stupid biases, fears, and lies. The idiots in the Labour Party, and their ilk, on the right and the left, who hate and vilify Israel and the Jewish people irrationally, against any and all real evidence and logic, DO know better, but, sadly, that isn’t enough to draw them away from the pleasures of their fear, and their hate.