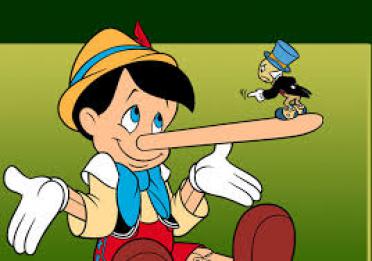 Over the past few years, as technology, the corporate mindset, and social media have struck blow after blow against notions of modesty and privacy, along with courtesy and a sense of shame, we have seen a new kind of ‘apology’ rear its ugly head. ‘Well, if anyone was offended by what I said, or did, you must know I didn’t mean it that way, and it’s not what I said, but I’m sorry if people understood it that way, and I apologize if anyone was hurt by it, though I don’t see why they should be.”

None of these circumlocutions are actually apologies, in that they are, first and foremost, denials, whose real aim is to absolve the wrongdoer of any blame and place the onus on the injured party’s lack of understanding or overly sensitive nature.

It stinks. Rather than taking responsibility for the harm we do, we use these spins to deflect any and all blame away from ourselves, to obfuscate what actually happened, and to use this offensive speech in our own defense.

This week’s parsha, Tzav, details many of the laws of the various sacrifices offered in the Tabernacle and, later, in the Temple. One of these, the guilt or sin offering, brought to atone for a number of serious sins done by mistake, as well for a few intentional offenses, is described in the parsha as being קדש קדשים – a holy of holies. There are a number of reasons given for this phrase being used. Rashi chooses an interesting halachic one.

In general, if someone has designated an animal to be sacrificed, he or she may not switch it with a different animal. If, however, the person transgresses, and does try to switch animals, he or she is subject to a fine of sorts: both animals, the original one designated as a sacrifice as well as the illegal replacement, must be offered on the altar.  This, Rashi tells us, is not the case with a sin offering – it is a “holy of holies”, and only the original remains a sacrifice. The one which the owner tried to switch it with may not be offered on the altar. However, the illegal words of the owner do have some effect:  the would-be replacement animal is left to graze until it becomes halachically blemished, and is not acceptable as a sacrifice on the altar. It is then sold, and the money paid for it is used to buy a new animal which is, itself, offered as a sacrifice – not a sin-offering, just a plain sacrifice.

In other words, while the average animal designated as a sacrifice may not be replaced by switching it with another, if one illegally tries to do so, his words do have some of the desired effect, inasmuch as they turn the replacement into the kind of sacrifice he wanted it to be, though failing to de-sanctify the original animal. In the case of a sin-offering, however, this illegal act does NOT turn the replacement into a sin-offering.

Why? Why are guilt-offerings different from other sacrifices in this way?

It may be that this law, which prevents a forbidden attempt to switch sin-offering- designate-A with animal B from working, is telling us something about how guilt is assuaged, and how atonement is achieved. It must be done with specificity. With honesty, clarity and precision. Other offerings are a bit more fluid. If I have designated a sheep to be a burnt offering, and I then change my mind, and, illegally, announce that I substitute a different sheep for it, although the original animal remains sanctified, I have also made the new animal a burnt-offering-designate. But with a sin offering, once I have designated an animal to be the sacrifice, my attempt to switch it does NOT produce another sin offering; the location of that sacrifice is fixed, and can not spread or move, it remains only with the original designated guilt offering.

The immutable nature of the sin-offering models for us what our mindset must be when we attempt atonement, when we ask forgiveness. Our guilt must be understood and admitted specifically, pointedly, with no mitigation, fudging, or faking. We must state quite clearly: ‘This is what I did; this is what I am guilty of. I did this thing, for which I am truly sorry.’ The contemporary fake apology is a kind of switching, which, as we have seen, is precisely what one can not do with a real sin offering: ‘We will call this an apology. But it’s not really that, because I didn’t hurt anyone, but if I need to say I did, I will. Though I don’t know why they think I did, or why they feel wronged.’ All fake, and all unacceptable. To gain forgiveness, we first need honesty and clarity about the sin, and our desire to pay for it.

The immutable nature of the sin-offering models for us what our mindset must be when we attempt atonement, when we ask forgiveness. Rabbi Shimon