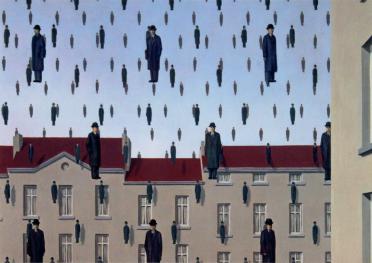 One of the most difficult and troubling of all the laws in the Torah appears in this week's parsha - the law of the 'ben sorer u'moreh' - the wayward and rebellious son. This is what it says in the 21st chapter of Deuteronomy: "When a man has a son who is wayward and rebellious, who does not listen to the voice of his father and the voice of his mother, and they warn him, but he does not listen to them. His father and mother shall seize him and bring him to the elders of his town, to the gate of his place. Then they are to say to the elders of his town: 'This son of ours is wayward and rebellious, he does not listen to our voice, and he is a glutton and a drunkard.' Then all the men of the town are to stone him, so that dies. So shall you burn out the evil from your midst, and all of Israel shall hear and be in awe."

The punishment of death for a son who has apparently committed no real crime, other than failing to listen to his parents and having eaten and drunk too much, is strange. The rabbis sensed this, of course, and explain that, uniquely, the ben sorer u'moreh is not killed for what he has done, but for what the Torah knows he will do; his current behavior clearly indicates to us that he will end up a thief and killer. Better he should die now, before he commits capital crimes, than live and cause others to suffer. Although they do supply this rationale for this strange law, the Rabbis, unsurprisingly, are still far from comfortable with it. They therefore adopt a strategy, as they do with a few other difficult-to-accept laws in the Torah, of reading the Biblical text in such a way as to generate a series of rules pertaining to the wayward and rebellious son which effectively strike the law from the books, and guarantee that, legally, there never, ever, will be one.

Among the legal details they generate, through a careful and creative reading of the text, is the necessity for the son to steal money from his parents, buy food with it, and then drink a specific amount of wine and eat a specific amount of meat (and it has to be meat, and it has to be cooked to a certain degree). Only once these criteria are met may he be prosecuted and stoned to death. To further diminish the applicability of this law, they limit it to the three months after a boy’s Bar Mitzvah. They add any number of other far-fetched criteria which must be met before he is killed: he must steal from both his parents, but eat and drink the food on someone else’s property, with a group of other wastrels like him; he has to have purchased the meat and wine cheaply; his parents must, broadly, both be healthy and of sound bodies; it goes on and on, stipulations which effectively make a prosecution impossible, which is clearly the Rabbis’ point.

Perhaps the most radical strategy for rendering this case impossible to actually prosecute is this one: Relating to the phrase "he does not listen to our voice", Rabbi Yehuda, in tractate Sanhedrin of the Babylonian Talmud (page 71a), says that the wayward son may not be killed unless and until his parents speak with the same voice, look the same, and are the same height! If they do not meet these criteria, he cannot be killed! The Talmud then tells us that this ridiculous, unachievable demand is in agreement with the position that there never was and never will be a case of a wayward and rebellious son, and that the law is written in the Torah only to give us the opportunity to benefit by learning it.

If this is the case, let's see what we might be able to learn from this inapplicable law. I would like to take a careful look at Rabbi Yehuda's "same voice, same look, same height" rule. According to Rabbi Yehuda, in order for parents to be able to accuse their son in court, and for us to consider him guilty, the two parents must be, in effect, the same person, and speak with one voice. Now, we understand that Rabbi Yehuda is saying this to make the prosecution of a rebellious son impossible; it is a legalistic move he is making - since there are no mothers and fathers who are exactly alike, no son can ever be prosecuted. But there is a fascinating implication here about parenting in general: one of the things you need in order to create a rebellious child, to raise a wayward son or daughter, is to have both parents be, essentially, the same person. They should look alike, sound alike, and, I imagine, be in agreement with each other on just about everything. Once that is in place, it becomes possible to have a real bum for a child.

It would seem that someone with parents who are different from one another – one has a short temper, the other is easygoing; one has a good sense of humor, the other is a bit of a stiff; one likes rock, the other hip hop - is growing up in a home which is healthy, because it is naturally diverse, pluralistic, and open to differences. How could it not be, as it is based on differences: the coming together of two different people to create a home and family? The freakishly monolithic home that Rabbi Yehuda speaks of as necessary criteria for waywardness is a place where children do not get the benefit of the natural give-and-take between parents who don’t share the same look, height, or voice. Such a child is less able to navigate a world full of different kinds of people, and a range of options and possibilities, because he never saw that at home. The son of these perfectly matched parents never sees how to deal with the “other”, how to deal with the real differences between human beings, because his parents are so the same.

As parents, and now as grandparents, my wife and often struggle to present a unified position to our kids, a worldview that makes sense. There is stuff we agree on, and stuff that we just see differently. Although I guess one would not want to go too far in presenting a dis-united front to the kids, I think most parents should be encouraged to know that the differences between spouses is a healthy thing, a good thing, a situation which allows for a more real and natural interaction between parents and children, and models the way we are meant to relate to a complicated world, and all its complicated people. The world out there is full of ideas, opinions, and divergent personalities; it is full of “others”. It takes a healthy, open, pluralistic, attitude to navigate it successfully, and that pluralism begins at home.