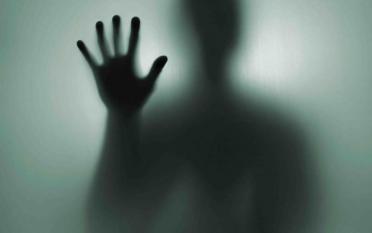 This week I saw a teshuva – an answer to a question on Jewish law – from Rav Shlomo Aviner, a Religious Zionist Rabbi popular in certain circles. He was asked if non-Jews can be accepted as volunteers (volunteers!!) to do agricultural work in Israel (a very common practice, both as volunteers and, more commonly as hired workers, as it is very hard to get people who are willing to do the difficult, backbreaking work). His answer was “no, of course not.” He was also asked if it is permitted to purchase things from non-Jews and he answered that while it is not forbidden, it is preferable – “a commandment” – to purchase from Jews. I guess he is unfamiliar with this week’s parsha, Behar.

In parshat Behar we have a rather long elucidation of a number of laws concerning social and economic justice: the Sabbatical and Jubilee years, in which debts are forgiven, the fruit of the land is shared by all, and slaves are freed; laws against usury and hurting feelings; laws about the treatment of slaves (I know, it’s better not to have them at all, but the Torah is a very old book – let’s be proud of the humane treatment it demands), and more.

One of these laws concerns a situation in which a non-Jewish resident of Israel purchases a Jew as a slave (Leviticus 25; 47-55). Now, one can easily imagine a country in which the very premise is ridiculous: the notion that a non-citizen should have the right to buy, as a slave, a full citizen, was not generally acceptable in the ancient world. In Rome, non-citizens could not own any property, much less Roman citizens!

Now, although the Torah allows non-Jewish residents of Israel to own Jews, it doesn’t like the idea. Jews need to keep Kosher laws, the Sabbath laws, and, in general, live as Jews. Not so easy to do if you are a slave in a non-Jewish home. And so the Torah asks this slave’s fellow Jewish citizens to free him, so that he can live in a Jewish home, culture, and community. Now, you might expect that this freedom for the Jew be achieved at the non-Jewish owner’s expense: take the slave away from the Gentile, and, at best, give him a little something for his trouble. Not so. His freedom must be gained legally and fairly – the slave must be purchased, for exactly what he or she is worth, from his gentile owner. The Torah even goes into detail, explaining how slave prices are fixed. Since all slaves are released on the 50th, Jubilee, year – a law that non-Jewish residents must keep as well – the slave’s worth is ascertained by seeing how long he will be a slave. If the Jubilee is far away – 40 years, let’s say - he is worth a lot. If it is coming up soon – in 5 years, for instance, that determines his relatively low value; he is only worth 5 years of work. In other words, not only may the Gentile own a Jew in the sovereign Jewish State of Israel, when we come to free him so that he can live as a Jew, we can not force the issue, orput the owner at a disadvantage. Rather, we must pay the full price, as the Torah explains at length, to his owner.

I can think of no better example – though there are many similar ones – of the progressive, egalitarian, humanistic approach which is Judaism’s hallmark, and which so many, Rabbis and laypersons alike, seem to misunderstand and/ormisrepresent. In ancient Israel, when we were free and autonomous in our own land, non Jewish residents, foreigners, could buy and retain Jewish slaves. Although the Torah dislikes the arrangement, it respects the rights of the non-Jewish owner, and asks of the slave’s fellow citizens to free him by paying the full price required by law, his real value, to the Gentile owner. This is how Jews are asked by our tradition to treat the stranger, the foreigner, the other - with respect for their property, their rights, their equality, and their humanity.

In Rome, non-citizens could not own any property, much less Roman citizens!Rabbi Shimon