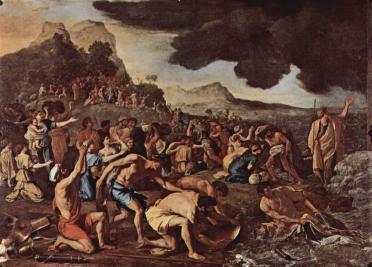 The gap between Israel and Diaspora Jewry seems to be growing daily. Bibi blames the African migrant problem on the New Israel Fund. American Jews express anger and disappointment at the migrant issue and a range of other Israeli policy decisions, as Bernie Sanders says “I don’t believe Israel” about the clashes on the border with Gaza. Jewish members of the far left in America and England seem to want to see Israel cease to exist: members of the far-left Jewdas group hosted Jeremy Corbin at their Seder, at which they called for the destruction of Israel. The relationship is going from bad to worse.

And now this: this Shabbat,  Israel and the Diaspora will be parting ways, as here in Israel Pessach ends on Friday, and the Shabbat will be a normal one, during which we will read the scheduled portion of the week, Shmini, while in the Diaspora, an 8th day will be tacked on to  Passover, due to the custom of remembering that, far from Jerusalem, the Temple, and the Sanhedrin – Judaism’s highest legislative/judicial body – Diaspora Jews were often unsure of what day it is. Because of this Rabbinically-mandated eighth day, on Shabbat a Pessach-related piece will be read, and Shmini will only be read the next week, placing the Diaspora one week behind Israel in reading the weekly portions. Oy vey! Two nations indeed!

This difference in our calendars, and the liturgical gap it creates, is, I think, emblematic of a much deeper and more important difference between Israel and the Diaspora. We in Israel are living in a Biblical reality, in which Passover only has seven days. Living a Biblical Judaism means much more than adhering to the basic Biblical calendar. It also means we live as a nation, rather than as a community. The issues we face are national: migrants, an army and a police force, taxes, environment, social welfare and health policy, etc., etc., etc. In the Diaspora, these issues are not Jewish, they are American, or Canadian, or British. Jewish issues, the issues about which Jews outside of Israel are called upon to make policy as Jews, revolve around community: school, synagogue, neighborhood, and family.

It is this difference, I think, that fuels the flames of the Israel/Diapora disagreement we are currently experiencing. Some Diaspora Jews seem uncomfortable with a Judaism that is about statecraft: war and peace, law and order, migrants’ rights, refugee rights, and all of the other often difficult things that nation states have to deal with. The African migrant question is a good example. There are two sides to this story. The migrants now living in Israel have not been assimilated well, and are a real cause for concern for those in the South Tel Aviv neighborhoods where most of them live. It’s easy to preach about accepting them when they will not be living in your neighborhood, your Kibbutz, your city, or your country, in large numbers, but simply ignoring the reality and preaching אהבת הגר – the Torah’s demand that we love the stranger/foreigner - is intellectually dishonest. Now, this is not just a Diaspora thing; there are many Israelis who have come down on the side of accepting the migrants. However, when some Diaspora Jews preach to Israel about what it should be doing about the migrants, or the violent demonstrations from Gaza, or Gaza and the West Bank in general, there often seems to be a lack of understanding of how complicated these issues are, which, I think, stems from a difficulty in accepting Jewish decisions about life and death, war and peace, and statecraft in general.

Running a country is a messy, dirty, often violent business. Deciding what to serve at the shul Kiddush, or how we like the Rabbi’s sermons, or what we think of our kids’ teachers - not so much. The discomfort many Diaspora Jews (not only them, but I think especially) feel about the ten plagues, and the destruction of the Egyptian army at the Reed Sea, which we will read about tomorrow, is an example of the difficulty many seem to have with the use of Jewish power. It is this discomfort which, I fear, is behind much of the anti-Israel posturing we see today.

As an Israeli, I am never completely comfortable when we go to war, use violence, or make other tough, life and death decisions. That discomfort is the price I pay for being a citizen of the Jewish State. Sometimes, I will disagree with government policy, and I will say so. Sometimes I will agree, half heartedly, whole heartedly, depending on how tricky the issue is. What I can’t do is demand an unrealistic level of morality – one that no other country in the world is subject to – from my government. Policy must work, must allow us to live, and thrive, in our country. It can’t only be concerned with the highest possible moral sensitivities; it must work in the real world.

If the story of Egypt teaches us about the importance of freedom, honest, open, and fair leadership, and the value of human life, it at the same time teaches us that very difficult choices must sometimes be made in the name of those values. That’s what countries do, hopefully in as positive, moral, and decent way as possible. That’s what Israel does, every day. Calling out the Israeli government for not being as moral, caring, decent, and sensitive as it might be is more than fine; it is what being a citizen of a country, or an interested and caring non-citizen is all about, as is recognizing our right, and duty, to do difficult, hurtful, and unpleasant things sometimes, in the service of the greater good.  That is what all countries do. It is what God Himself did in order to take us out of Egypt, defeat the evil despotism of Pharaoh, and make us a free nation. The plagues and the splitting of the sea were not pretty, but they were necessary, and they were right.

Pesach commemorates the Exodus of the Jewish people from slavery in Egypt. We remember the birth of the Jewish nation on Passover with a seven-day holiday (eight in the Diaspora), which begins with the Seder - a festive meal during which we retell the story of the exodus and describe how God freed us from slavery to become His people, receive His Torah, and live in His chosen land, Israel. During the holiday we eat unleavened bread - matza - to remember both the cheap, crummy bread we were fed as slaves, as well as the speed with which we left Egypt - no time for our dough to rise - and we refrain from eating any form of leavened bread.