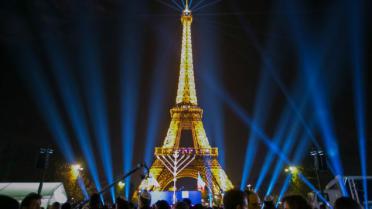 On Hanukkah, one of the conversations that often takes place is the “today, are we more like the Maccabees, or more like the Hellenists?” one. The more “modern” you are on the “modern orthodox” or progressive scale, the more tricky it gets, what with our love of art, theater, and “Greek wisdom” (which doesn’t mean what it sounds like, but we’ll let that go). We seem to be pretty well steeped in "Greek" culture. So what’s the story? Are we - western, deeply involved in contemporary culture, while at the same time committed to and involved in our Jewish traditions - heirs to the good guys or the bad guys in the Hanukkah story?

I’d like to look at this week’s parsha, Miketz, along with the other parshas of the Yosef story, which we always read around Hanukkah time, for help. The Yosef story takes place on an axis between Imperial Egypt and the Land of Canaan. The difference between the two places and their cultures is vast. In Canaan, Yaakov and his sons live the life of nomadic shepherds, navigating a path among the local Canaanite tribes, living out their covenant with the God of Avraham and Yitzchak. In Egypt, Yosef is as good as king, ruling Egypt like a Pharaoh with a heavy, yet enlightened hand. When Yosef’s brothers come down to Egypt to buy food, they are immediately introduced to the palace, its riches, and its intrigues. Just as Yosef has been for quite a few years now, they are soon deep inside the culture of Imperial Egypt.

It is navigating between these two poles - the closed, familial reality of Yaakov and his family in the Promised Land and the grandeur and strangeness of Egypt’s royal court - that is the dynamic of these Torah portions. The broad lesson would seem to be that the children of Israel experienced, as their descendants ultimately would, both realities: the familiar one of home, and the strange, exciting, exotic, and challenging one of the big world out there, the seat of empire, the non-Jewish world.

Yosef shows his brothers, and us, that it can be done: one can succeed in, and be rewarded by, the world outside, and yet ultimately remain loyal to home. His brothers, in their leaving Canaan due to the famine there, show us that home might be where the heart is, and where our ultimate destiny lies, but it may not always be where Jewish history takes us, at least temporarily.

Similarly, modern Orthodoxy, and its Israeli counterpart, Religious Zionism, as well as other modern Jewish movements, straddle both worlds: the insular, intensely Jewish home, and the challenging, but rewarding, world outside. This is Jewish destiny; this is the way we make our way in the world.

Now, one could ask: perhaps Yosef and his family’s time in Egypt was a fluke, an accident of history, and not something that we are meant to repeat or emulate. Ideally, we should, if possible, choose to stay at home, and not involve ourselves in other cultures and their values. I would like to use a well-known section of the prayer, the Kedusha, which is traditionally recited at least twice daily, and repeated a few more times a day in various sections of the prayer, to refute this claim.

I think this duality which we find in God – He is both the Lord of the universe and located specifically in Zion - is one of the attributes of God we are meant to emulate. We, too, are meant to find God, and be with Him, both in “the universe” – the entire world and everything in it - and in Zion, the particularly Jewish aspects of our religious and cultural lives.

The Maccabees were not fighting Modern Orthodox or Progressive Jews, for enjoying aspects of Greek culture while remaining Jewish. They were fighting people who joined with the Greeks to reject and destroy Jewish life in favor of the Greek world view. Being a part of the specifically Jewish way of life of Torah and mitzvot, while being, like God, in the universe, in the world, in the Egyptian court, in Greek theaters, or with your head in a smart phone, or better yet, a novel, is not a contradiction: it is the way we are meant to be in the world.

Hanukkah is an eight-day holiday celebrating the Jewish victory over the Greek rulers of Israel, in 165 B.C.E. The heirs of Alexander the Great oppressed the Jewish people, and, in an effort to win the local population over to Greek culture, outlawed many religious practices and seized possession of the Temple. Lead  by Mattityahu the high priest and his sons, most notably Judah the Macabbe, the Jewish rebels, known as the Hasmoneans, retook the Temple, and re-established Jewish political autonomy in Israel. Their dynasty lasted almost 200 years, until Herod killed the last of them and seized the throne. Hanukkah is celebrated by lighting the menorah, to commemorate the miracle that took place once the Temple was regained, when a one-day supply of oil miraculously burned for eight days, until new, pure olive oil could be produced.