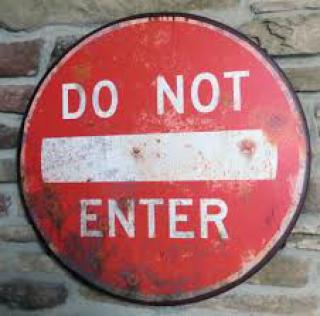 This week’s parsha, Emor, closes on a particularly sour note:

The Biblical text is unclear about a very basic piece of this story: who was the Israelite man who fought with the son of the Egyptian, and what did they fight about? What got the son of the Egyptian so mad that he blasphemed? (The exact halachic nature of that blaspheming – what he said and how he said it - is also in need of some elucidation, but we will not be looking into that here.)

The Rabbis, as they usually do, pay attention to the words, and come up with the following scenario: The son of the Israelite woman and Egyptian man, while Jewish, has no connection to any one of the twelve tribes of Israel; that connection is determined through the father, and his father was an Egyptian. So, when he “went out among the children of Israel”, he was trying to find a place, stake a claim, and join the tribe, and the camp, of his mother, “the tribe of Dan”. Someone, the unnamed “Israelite man”, tried to stop him, so they “fought in the camp”, i.e., about matters pertaining to the camp – should we let this son of an Egyptian, who has no tribal affiliation, in, or not? Things got out of hand; our claimant lost it, and cursed, blasphemed, in anger and frustration, which was his undoing.

Now, knowing this, we may feel a bit differently about the story. Some of us might feel badly for the poor blasphemer; denied a place among his people – the commentaries agree that, one way or another, he is Jewish – with nowhere to pitch his tent, he is a sad figure indeed, and we can perhaps understand his anger at being excluded. On the other hand, some of us might now better understand the “Israelite man” who fought with him; he was, correctly, trying to maintain the purity and integrity of the camp and tribe. One might argue that the fact that the son of the Egyptian ultimately cursed God indicates that it was a good idea, indeed, to keep him out – look at what kind of person he turned out to be!

What do you think? I, personally, come down on the side of the poor blasphemer. Could a place not have been found for him somewhere in the camp of Dan, or elsewhere among the Israelites? He exhibits, after all, a real desire to be among the Jewish people, to be part of them. Why did this other fellow have to fight with him in an effort to keep him out of the tribal camp, and ultimately drive him to blaspheme? Is it forbidden to make room for someone like him in the camp? Did he have to be so cruelly excluded? Could an accommodation not have been made?

The Ohr HaChaim (Rabbi Chaim ibn Attar, 1696-1743, Morocco and Israel) makes an important contribution to this discussion. He asks why the “Israelite man” who fought with the blasphemer is unnamed. After all, if he did the right thing in defending the purity, integrity, and honor of the camp of Dan, and of Israel, shouldn’t he be given credit? The Ohr HaChaim therefore states that his actions were, in fact, negative, and God did not name him in the Torah because to do so would be to shame him, as, by keeping the son of the Egyptian out, and fighting with him, he was, ultimately, the cause for the blaspheming to take place.

Those who are marginal, who are outsiders, and are not naturally and easily “one of us”, need to be welcomed into the camp, even if it means rethinking our rules of inclusion and exclusion, what the camp is and what its boundaries are. To fail to do so is hurtful, shameful, and can easily lead, as it did in our story, to disaster.