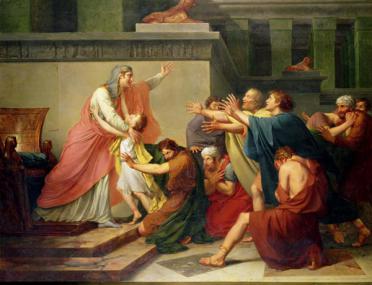 The theme of dreams is, of course, central to the Yosef story to a degree which is unique in the Bible. From Yosef’s dreams of grandeur, in which his brothers and parents – symbolized by sheaves of grain and the sun, moon, and stars – bow down to him, to the dreams of Pharaoh’s incarcerated servants which Yosef correctly interprets as prophesying their respective fates, to Pharaoh’s dreams of seven fat and seven lean years – as Yosef again correctly interprets – we have a higher dream per verse ratio than anywhere else in Biblical literature.

Much ink has been spilled, many words spoken and pixels generated, in explaining why dreams are so central here. I’ll throw in my two pixels and point out that the dreams invariably are about, or connected to, a power dynamic. Yosef’s dreams of his family bowing down to him are clearly all about position and power, as are the dreams of Pharaoh’s baker and wine steward prophesying what he will do to them – in one case execute, in the other restore to his original position. The final dreams, of the fat and lean cows and sheaves, are not directly about power – they seem to be more about the weather and its impact on crop growth – but are responded to with power: Yosef, after explaining the dreams, advises Pharaoh to embark on a very aggressive program of food storage and distribution, which ends up placing just about all of Egypt in royal hands. Yosef’s interpretations also bring him to a position of power, second only to Pharaoh. In Ancient Evenings, a book by Norman Mailer which I do NOT recommend, Mailer theorizes that Pharaoh’s dreams are an expression of his power, his total identification with and control over Egypt; that is why he was able to be in tune with what the future holds for his country and dream it. The dreams, and what they foresee and bring about, are ultimately an expression of the king of Egypt’s, and Yosef’s, power.

The Yosef story is a tragedy: fraternal hatred and violence, years of bitterness, doubt, and longing for Yaakov and guilt for his sons, and, although Yosef’s position does help both his family and the general area live though seven years of famine, the price paid is extremely steep – the Israelites settle in Egypt, where they are soon brutally and murderously enslaved. Even after the apparently happy ending, when Yosef and his family are reunited and apparently reconciled, the internal divisions remain. In the Haftarah for next week’s parsha, Vayigash, the prophet Yechezkel speaks of a hoped-for rapprochement between the house of Yosef and the house of Yehuda, indicating that the brothers remain embittered, divided, in need of healing. (The Haftarah for our portion, Miketz, is the story of Solomon, the two women, and cutting the disputed baby in half. It opens with a dream, and is all about power – the power to rule that a baby should be chopped in half.)

This tragedy is powered by the dreams, and the dreams are about power. They are rooted in and unfold in a world of power. Yosef’s dreams of his family’s obeisance are predicated on the relevance of obeisance – they only make sense in a world and a culture where people are expected, obligated, to bow down to other, more powerful people. Yosef only could have dreamt them in a culture such as the one in which he lived: in the shadow and influence of the Egyptian empire, a particularly despotic, hierarchal, power hungry, oppressive regime, in which acts of obeisance and obedience are central to the way the society and culture works. Had Yosef lived in a world where bowing down to other human beings is seen as at best weird and distasteful and, at worst, sick and false, he would not, he could not, have dreamt what he did.

The tragedy of the Yosef and his brothers,  and of the divisions between the House of Yosef and the House of Yehuda, are rooted in the power dynamic which is the engine of the entire story. A dynamic which is essentially Egyptian, not Jewish. I remember, as a child, having a visceral antipathy to bowing down, to getting on my knees, even just to pick something up; so deeply engrained was the prohibition against bowing down, even in appropriate prayer to God, among even very modern Modern Orthodox mid-20th century American Jews. Jews don’t bow down to people. Not to Haman, not to the Greeks and their idols (there, I got in a Hanukkah reference; but it’s true!), not even, except on those few weird and exciting times during the High Holidays, to God Himself!  Yosef’s dreams, and his entire life, were situated in a profoundly non-Jewish context, and that was the root of all the problems which followed.

The way for us to fulfill Yechezkel’s prophecy and bring together the divisions within Israel, to reconcile Yosef and Yehuda, the way to not repeat the mistakes of Yosef and his brothers, is to reject the power dynamic of kings and the obedience we show them by bowing down, and embrace the Jewish value of a world ruled by only one King, in which all men and women are equal, and bow to no one, not even, too often, God Himself.

This tragedy is powered by the dreams, and the dreams are about power.Rabbi Shimon