Parashat Hashavua Shoftim 2016 / 5776 - Climate Change is a Halchic Demand: The Situational Nature of Jewish Law and the Environment 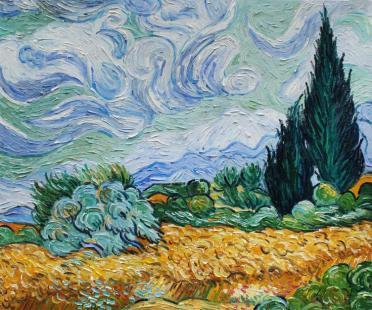 This week’s parsha, Shoftim, contains one of the more challenging and suggestive verses in the Torah. The parsha deals mainly with civil law: kings, judges, warfare. Among the rules of war to be found in the parsha is one with tremendous importance to us, as we foolishly continue to destroy our natural resources, putting our continued existence on the planet in danger.

The Torah tells us: “When you besiege a city for many days, fighting to capture it, do not destroy its trees by bringing an axe upon them, for from them you shall eat, do not cut it down, [here comes the hard bit] for man is the tree of the field, to come before you in a siege. [That was it. The Torah continues:] Only a tree which you know is not a food-producing one shall you destroy and cut down, and build the siege-works against the city which makes war against you, until it be defeated.”

Let’s put the tricky part, about man being a tree of the field, aside, and look at the big picture here. It seems that when besieging a city, the tactic of choice was to cut down nearby trees and use the wood as ladders, battering rams, defenses, whatever, to seal it off and attack it. Some commentators also point to the need to cut down trees in order to deny them to the enemy, either as hiding places or as building material that they could use in battle. The Torah permits the Israelite army to cut down trees and besiege the city in this way, while warning us to not cut down any fruit-bearing trees, because we need to eat their fruit – I assume during the siege as well as afterwards, once we have conquered the city.   Some commentators see this as a general prohibition against a kind of “scorched earth”, “shock and awe” tactic, in which an attacking army destroys everything in sight in order to frighten and dishearten the enemy, or perhaps just in the general spirit of mayhem which war induces.   This useless destruction would deny us the fruits of the trees we destroy, the very fruits of our victory, and is therefore not permitted.

This law is understood in Jewish tradition as being applicable outside of the context of a siege as well: in general, one should not cut down fruit trees.

In actual halachic fact, the Rabbis in the Talmud (Baba Kama, 91b) read this section in quite a lenient, utilitarian way, and allow the destruction of fruit trees if they are needed for the siege (or, in a non-war situation, needed for other economic or practical reasons). They understand the Biblical section as creating a hierarchy: if you can meet your tactical, practical, needs without cutting down any fruit trees, great, do that. If, however, you do need to cut down fruit trees, you may. They also soften the prohibition by allowing, in general, one to cut down fruit trees if the wood is worth more than the fruit. It turns out that what is really being prohibited is wanton, unnecessary destruction of fruit trees, but when it is necessary, practical, or profitable, however, they may be cut down for their wood.

This approach of the Rabbis – seeing the prohibition against destroying fruit-bearing trees as not absolute but, rather, as practical and, therefore, subject to change, if and when what is actually practical changes – is of the utmost importance for us. Today, the cutting down of non-fruit-bearing trees has become an act of very costly destruction: the damage done to the planet and its inhabitants by deforestation is “worth” infinitely more than the profit made by selling the furniture, paper, toothpicks, etc. we make from the wood. A correct interpretation of these verses today would demand of us to look, as the Rabbis did, at the practical implications of our forestry and land management policies, weigh the ultimate profit and loss of one approach against another, and act accordingly. The Rabbis understood that sometimes it is more practical to cut the fruit trees down rather than leave them for food – we need their wood to win the war, or the wood is worth more to us than the fruits - even if the Torah seems to dictate otherwise. We, today, need to understand that the freely allowed destruction of non-fruit trees, along with other destructions of our environment, even for real economic gain, and even if the Torah seems unconcerned about trees of that type, has become wildly, insanely, unprofitable, as it is destroying our planet.

Now, let’s look at the difficult “for a man is the tree of the field” bit. Some commentators read it as a question: “For a man is the tree of the field, to come before you in a siege?”  Are the fruit trees your enemies, as the men in the besieged city are? Of course not! They are your friends, they will feed you, do not treat them like your human enemies, do not cut them down. This is a pretty good reading, weakened, perhaps, by the somewhat forced question mark which needs to be inserted. Some suggest that the letter “heh” – ה  - needs to be added to the first word of the phrase, making it a question, which is certainly an awkward solution. This reading also seems to be of purely rhetorical interest, and does not really add much new legal or conceptual content.

Abraham Ibn Ezra has a different reading. He says that  “for a man is the tree of the field” means that man’s life depends on the fruit of the trees, the trees supply that which sustains and enables life, and therefore we should not wantonly destroy them. This reading, also favored by Nachmanides, strengthens the practical approach taken by the Rabbis: if we are told to not cut down the trees because they are what sustain man, giving him his very life, then that would logically allow you to cut them down if doing so would be the way to give you life. The situational nature of this understanding of the halacha is clear: the Torah is not worried about fruit bearing trees as such, nor is it unconcerned with those which do not bear fruit. It is concerned with teaching us the need to think carefully and practically about the way we treat our environment, and how what we do to it will, ultimately, impact on our very existence.

Man is the tree of the field, in that his continued life on earth depends on his intelligent interaction with that which sustains him. In the ancient world, fruit trees were obviously necessary for supporting life, while fruit-less trees were less crucial, but still important for what they could give us. Today, our effect on the environment is such that there are “fruit trees” all around us which we should not be cutting down: the sea, the air, the climate, the land. The Rabbis, with their situational reading of these verses, teach us that we must be alive to our situation within the natural world, aware of the implications of our activities, and act accordingly: the Torah forbids us to destroy the very environment which gives us life. We seem to have lost the basic ability to understand when we are causing ourselves long-term harm for a perceived short-term gain. The parsha wants us to take a closer look, and think a bit more carefully about our place among the “trees of the field”.

Man is the tree of the field, in that his continued life on earth depends on his intelligent interaction with that which sustains him. Rabbi Shimon

Shoftim (Judges) focuses on how the Jewish people will rule themselves once they enter and settle the land of Israel. It contains laws about judges, witnesses, the king, and the priests (כהנים) and Levites. The parsha also mandates the establishment of cities of refuge, to be used when someone kills someone accidentally and is threatened by the revenge of the victim's family members. The parsha ends with some laws of warfare, which protect the environment during wartime, and the law of what to do when a body is found and we don't know who is responsible for his death.